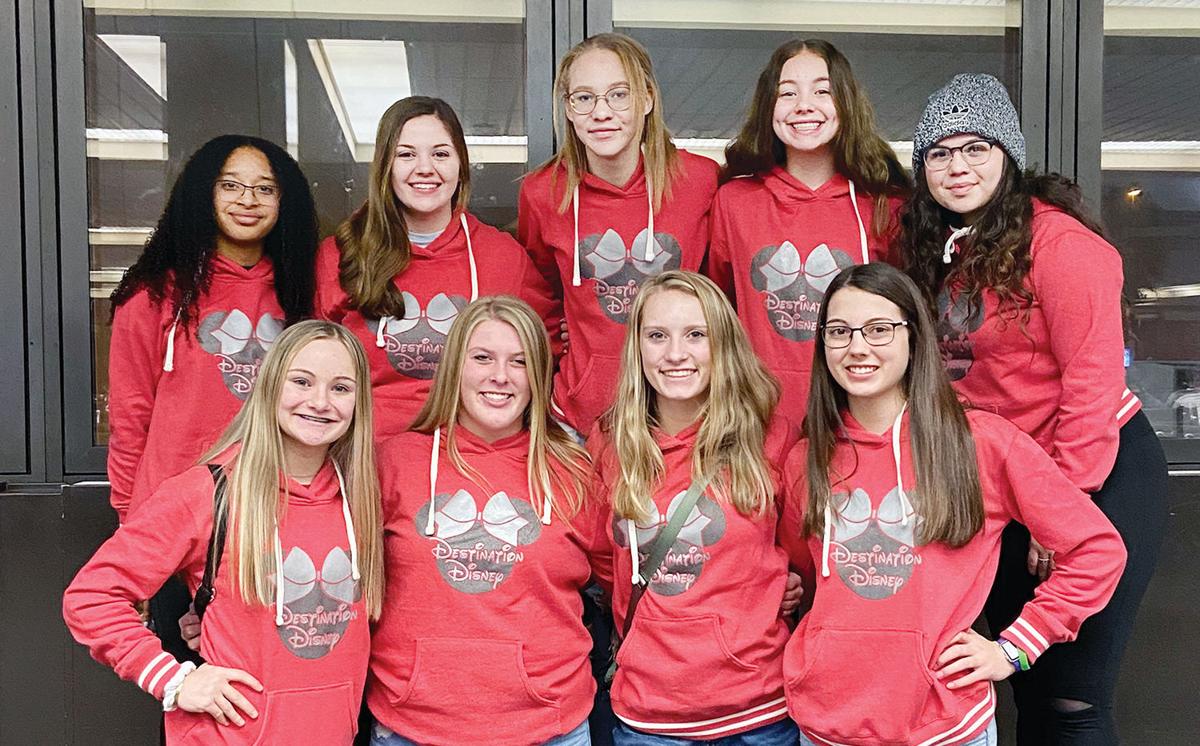 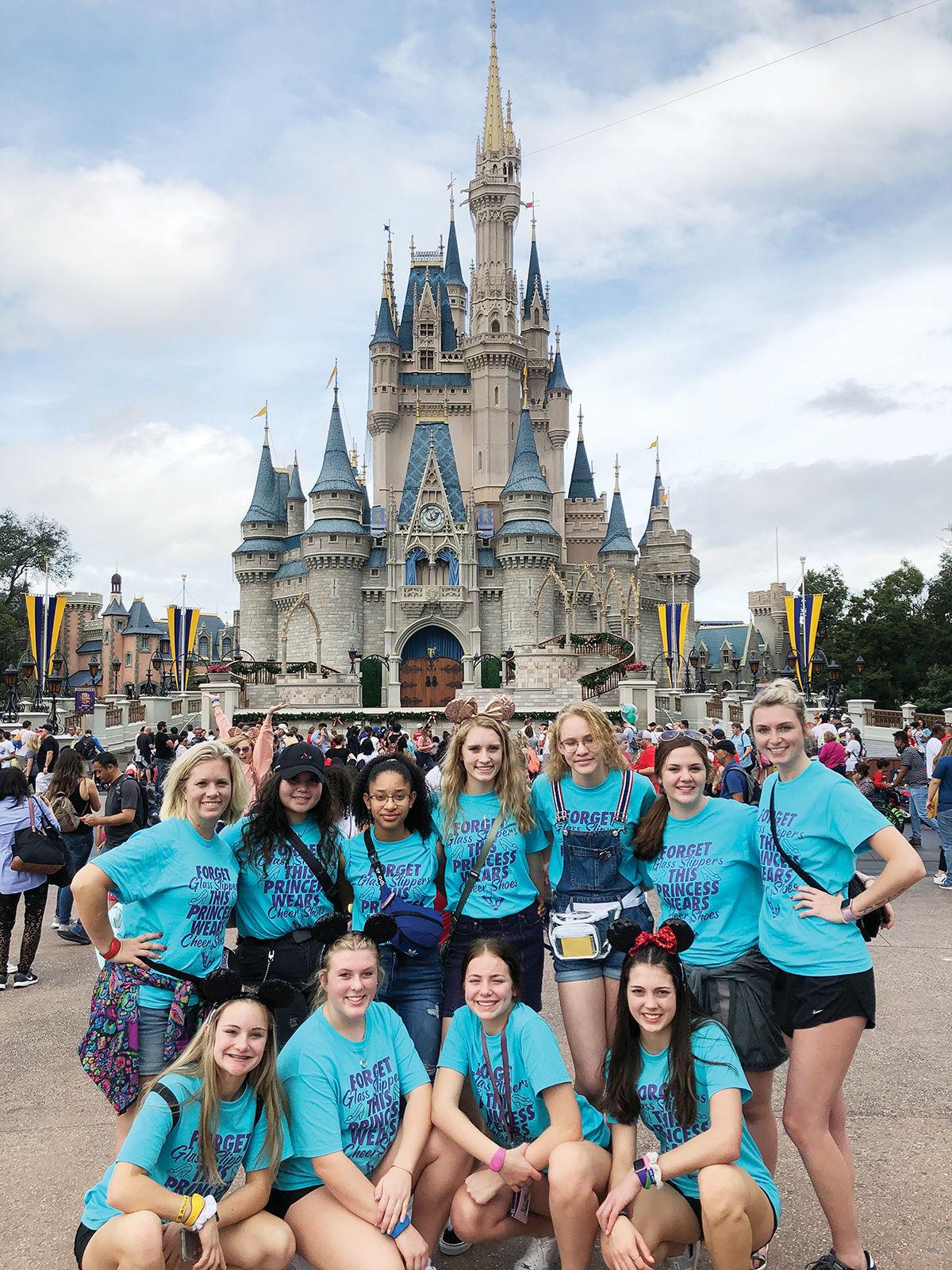 Pictured are the nine Denison-Schleswig cheerleaders and their coaches at the Magic Kingdom on Sunday.  Photo submitted

Pictured are the nine Denison-Schleswig cheerleaders and their coaches at the Magic Kingdom on Sunday.  Photo submitted

Nine Denison-Schleswig (D-S) cheerleaders are making memories for a lifetime on a trip to Florida culminating on New Year’s Day in the Vrbo Citrus Bowl pregame performance with cheerleaders from throughout the nation.

The girls, along with their cheerleading coaches, Heather Langenfeld and Morgan Walker, and family members, a total of 19 people, left for Orlando on Saturday.

Langenfeld explained that the D-S cheerleaders were invited to participate in the pregame show based on their performances and ratings during a Varsity Spirit cheerleading camp this summer. The trip was open to all 17 D-S varsity cheerleaders; nine chose to go.

Varsity Spirit, a division of Varsity Brands, organizes and stages large-scale cheerleading activities in the United States. It also sells cheerleading and dance apparel, trains cheerleaders and dancers at educational camps and hosts cheerleading competitions. The camps, clinics and competitions involve more than a million athletes each year.

Varsity Spirit arranges the itinerary for the cheerleaders, coaches and family members.

Sunday was spent at the Magic Kingdom. On Monday all cheerleaders went through orientation and a group rehearsal.

At the group rehearsal, all the cheerleaders meshed together the seven-minute routine they learned before traveling to Orlando and the performance at Camping World Stadium.

They spent Monday afternoon and evening at Disney’s Animal Kingdom.

The group will have on-field rehearsal for the Citrus Bowl beginning at 7:30 a.m. on Wednesday, leading up to their pre-game performance at 12:30 p.m. (11:30 a.m. Central Time). All the cheerleaders will be wearing the same style red, white and blue uniform that they ordered and received ahead of time.

They will go to Epcot after the game and fly home on Thursday.

The Citrus Bowl game will begin at noon Central Time and will be televised on the ABC network, but unfortunately the pregame show will not be broadcast.

Those interested in watching the pregame show should check on Facebook to see if any in the Denison-Schleswig group is posting photos or a live stream of the performance. Searching YouTube for any videos posted of this year’s pregame show is another option.

The D-S cheerleaders did more than practice a routine before going to Orlando. They have been fundraising since being invited to participate in the Citrus Bowl pregame. Hours were spent at dunk tanks at Schleswig Calf Show days and the Tri City BBQ Fest and selling Monarch merchandise at a number of events and craft fairs. The cheerleaders also sponsored raffles.

“All of the work that was put into fundraising, practices, etc. will be worth it when we get there,” Langenfeld said in an email to the Denison Bulletin and Review. “This will be an experience the girls will never forget. Lots of the parents of the girls have also stepped up to help with fundraising and making the trip possible.”

About the Vrbo Citrus Bowl

The Vrbo Citrus Bowl is the seventh oldest collegiate bowl game in the nation. It began as the Tangerine Bowl in 1947. For 28 years, including this year, the bowl has hosted top teams from the Big Ten and Southeastern conferences.

The 2020 Citrus Bowl will feature the Alabama Crimson Tide (ranked No. 13) against the Michigan Wolverines (ranked No. 14).

It is played at Camping World Stadium, the same stadium where Iowa State University took on Notre Dame on Saturday in the 2019 Camping World Bowl.