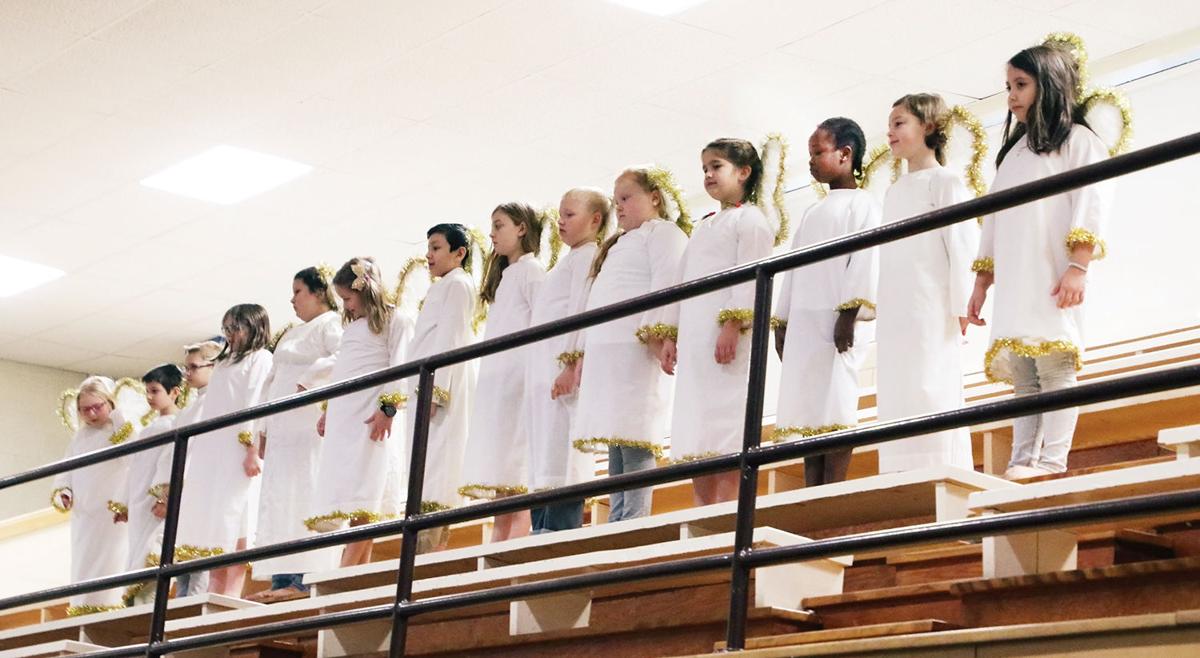 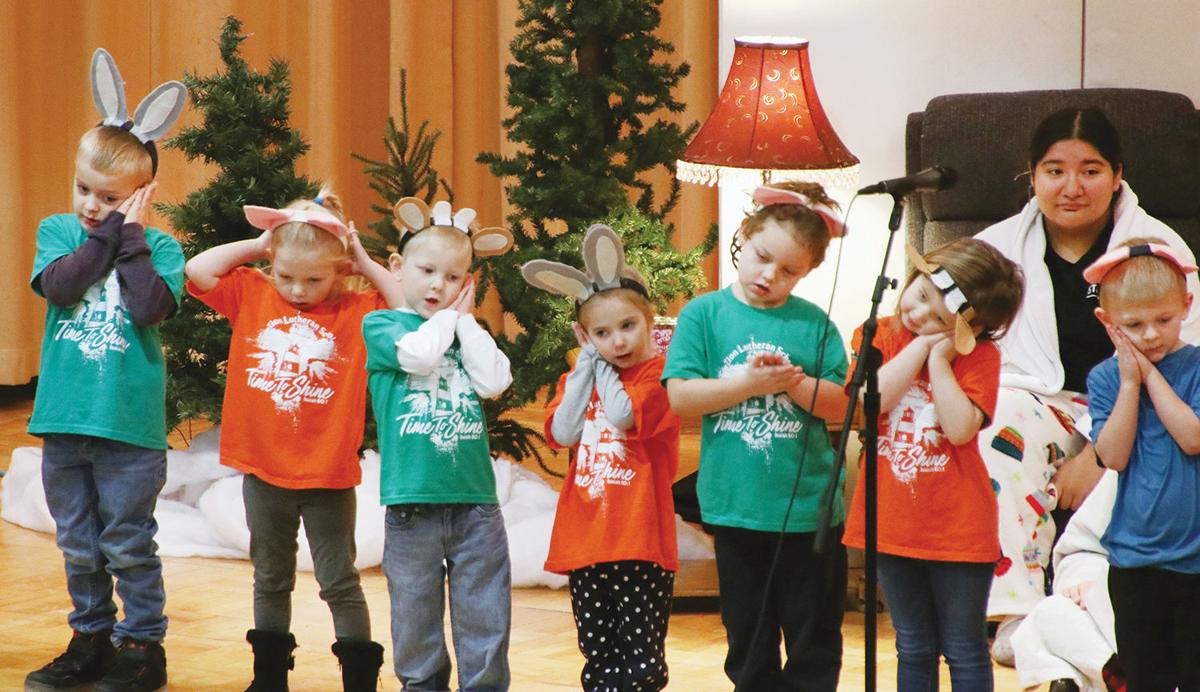 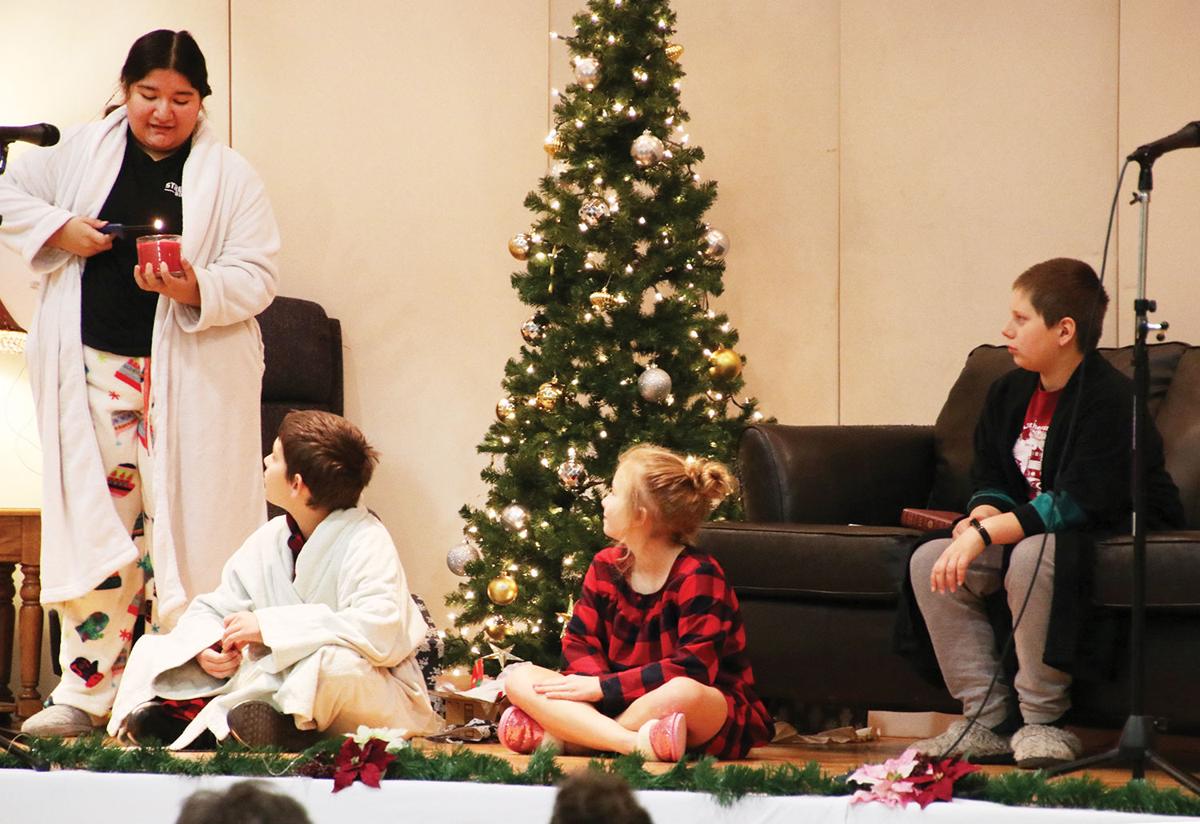 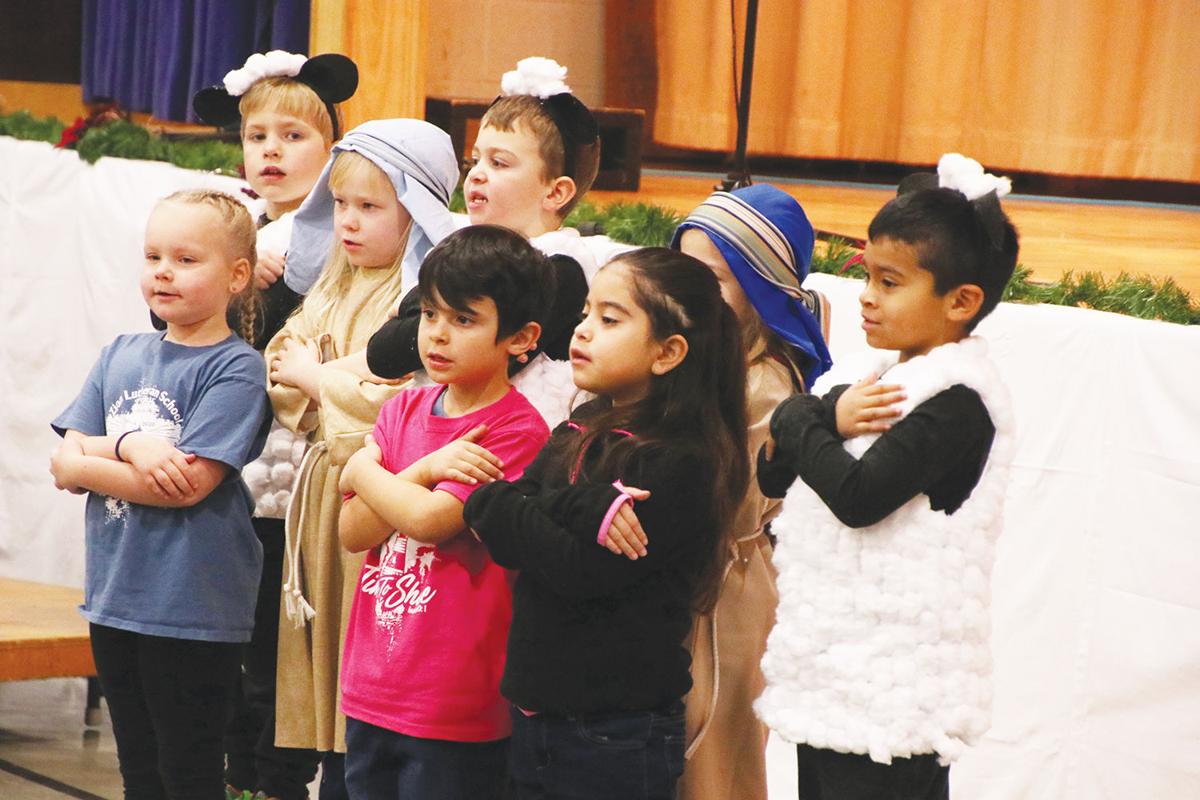 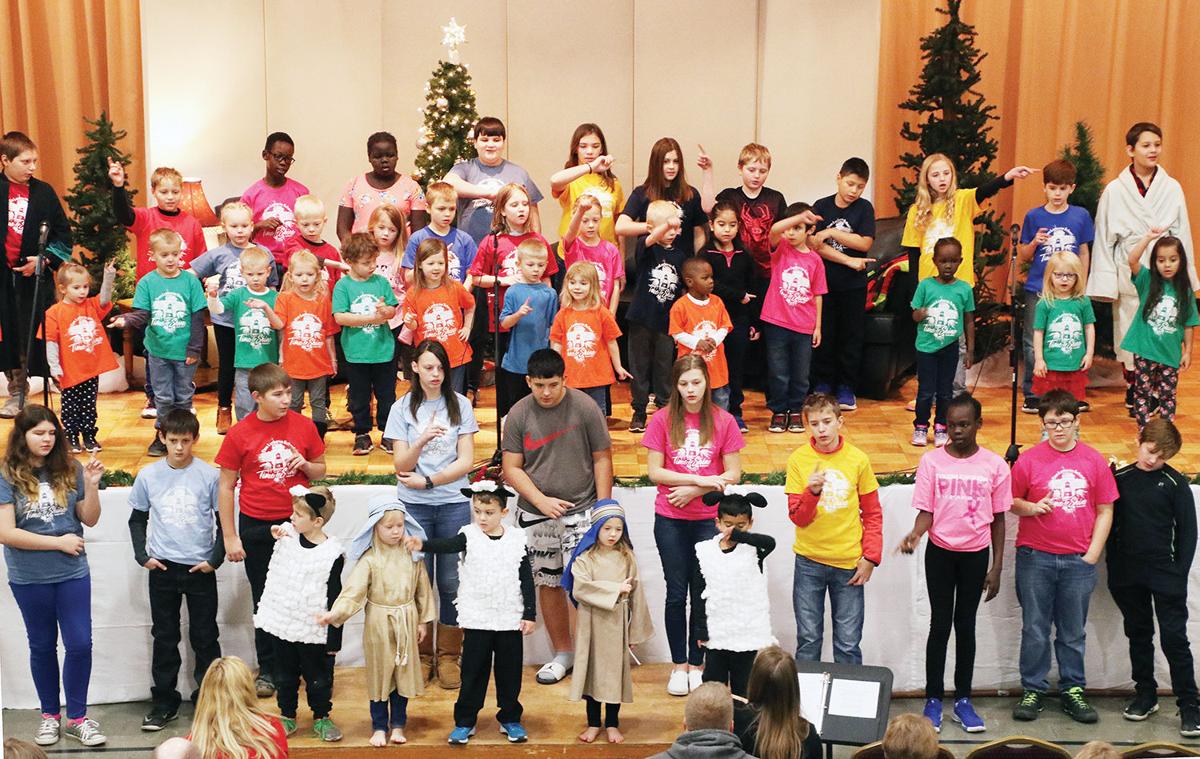 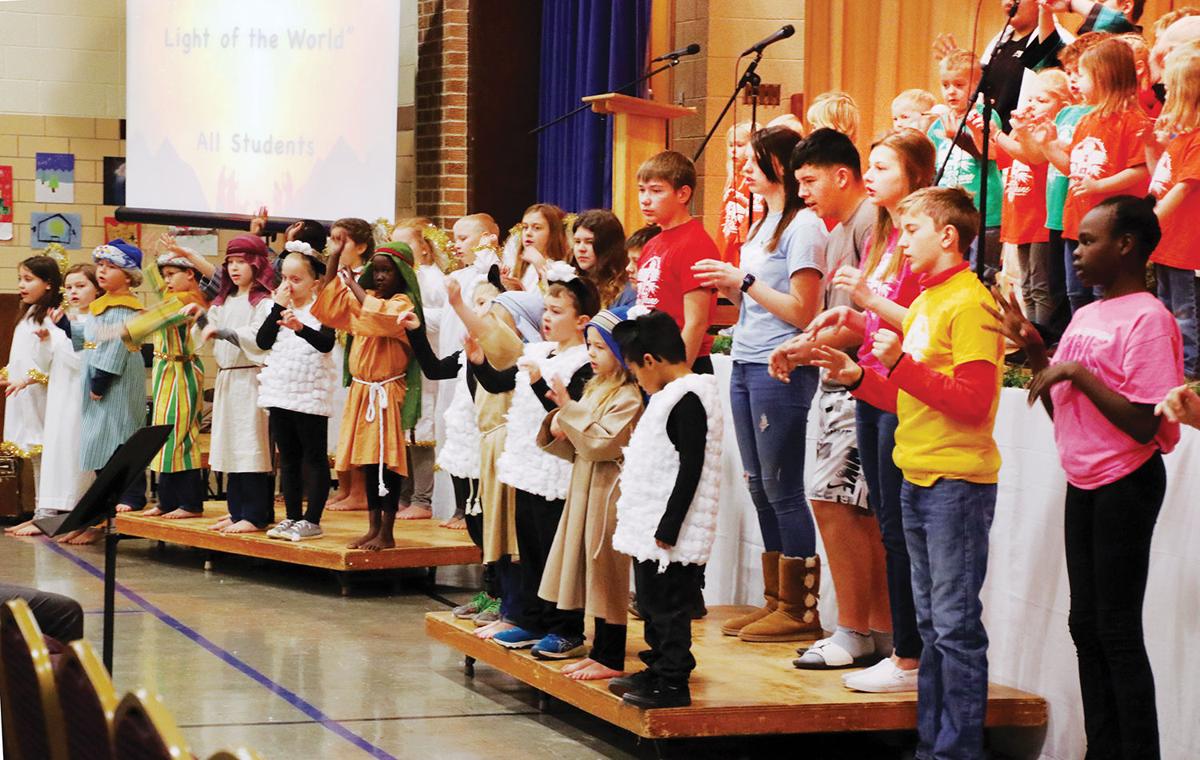 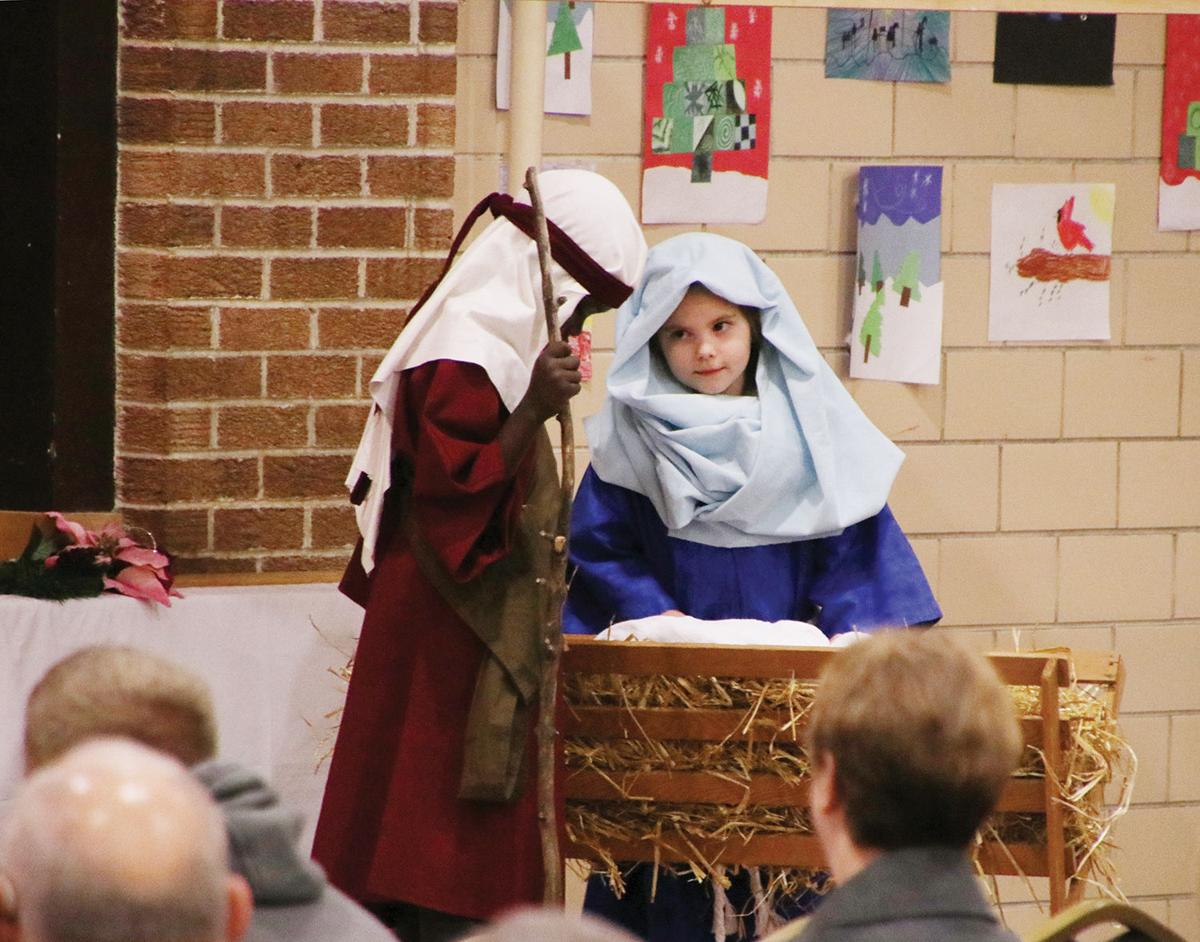 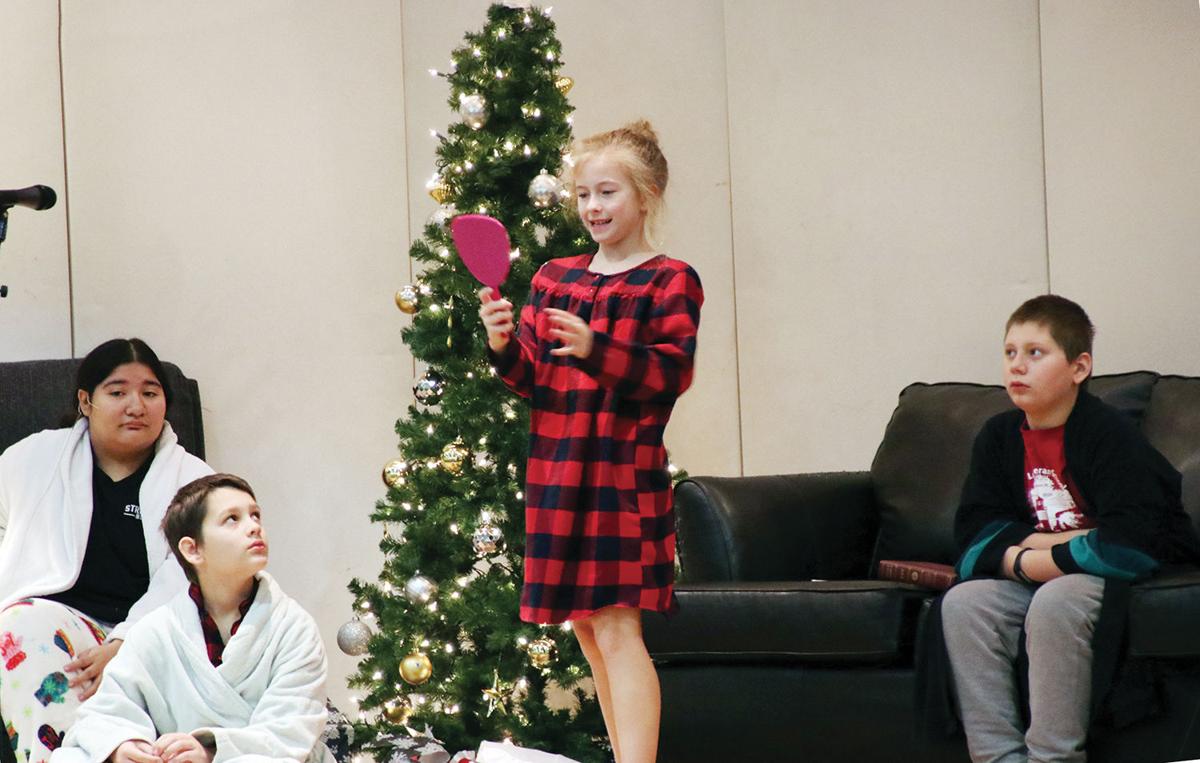 Students at Zion Lutheran School in Denison presented “Arise and Shine,” a children’s Christmas service, in the school gym Wednesday morning and evening. The Christmas story was told in songs and words through the thoughts and discussion of a family sitting around the tree in their living room on Christmas morning. They showed how Jesus is the light that shines forever. Derek Lobaugh played the father, Esmerelda Galdamez the mother, Thomas Jackson the son and Claire Olsen the daughter. Mary was played by Khloe Brown and Joseph by Mach Aguto. The wise men were Andrew Earl, Kysen Larson and Ezekiel Gosch and the shepherds were Alakiir Gak, Josiah Keinath, Devyn Lobuagh, Chloe Neumann, Angie Perez and Peyton Kropf. Photos by Gordon Wolf