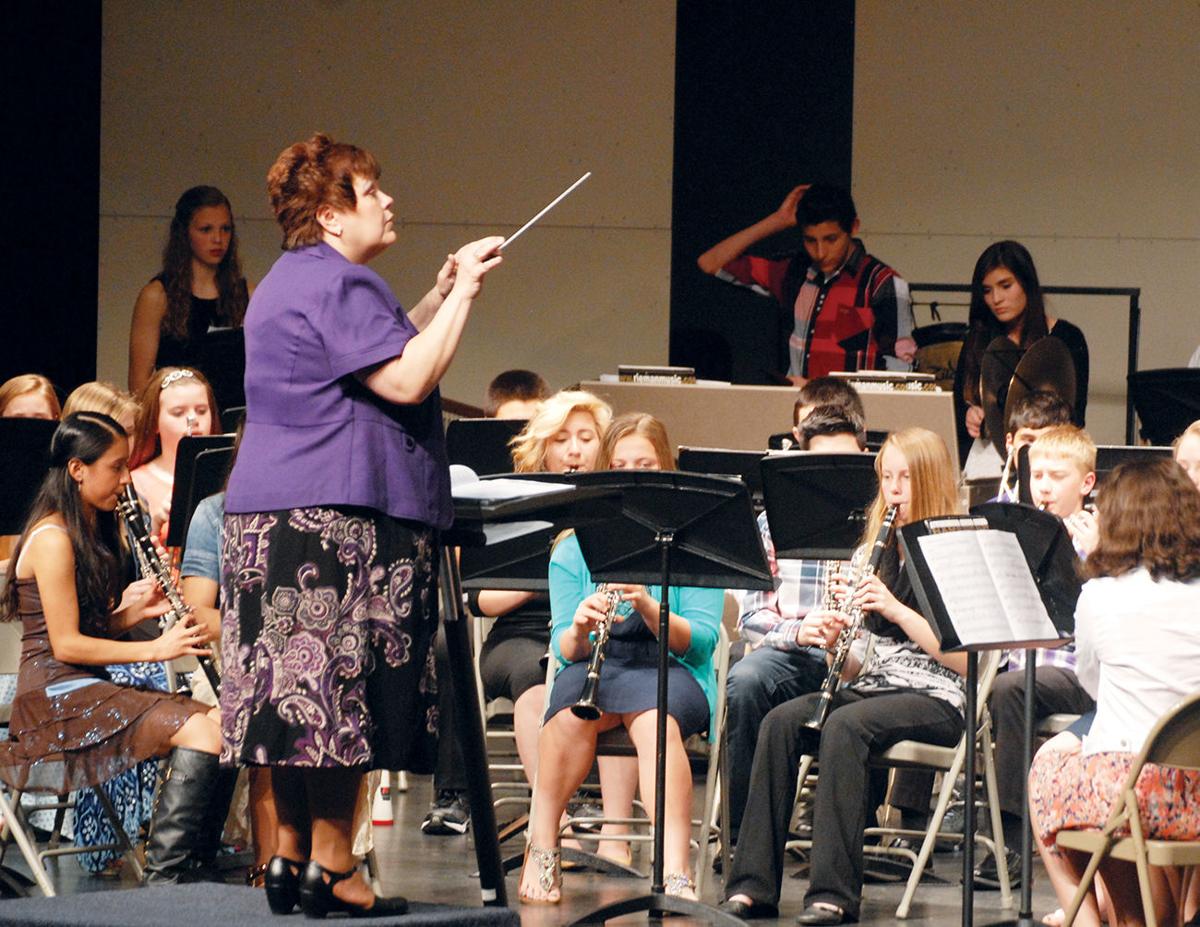 Patti Bekkerus directs a middle school band in this file photo from 2015. 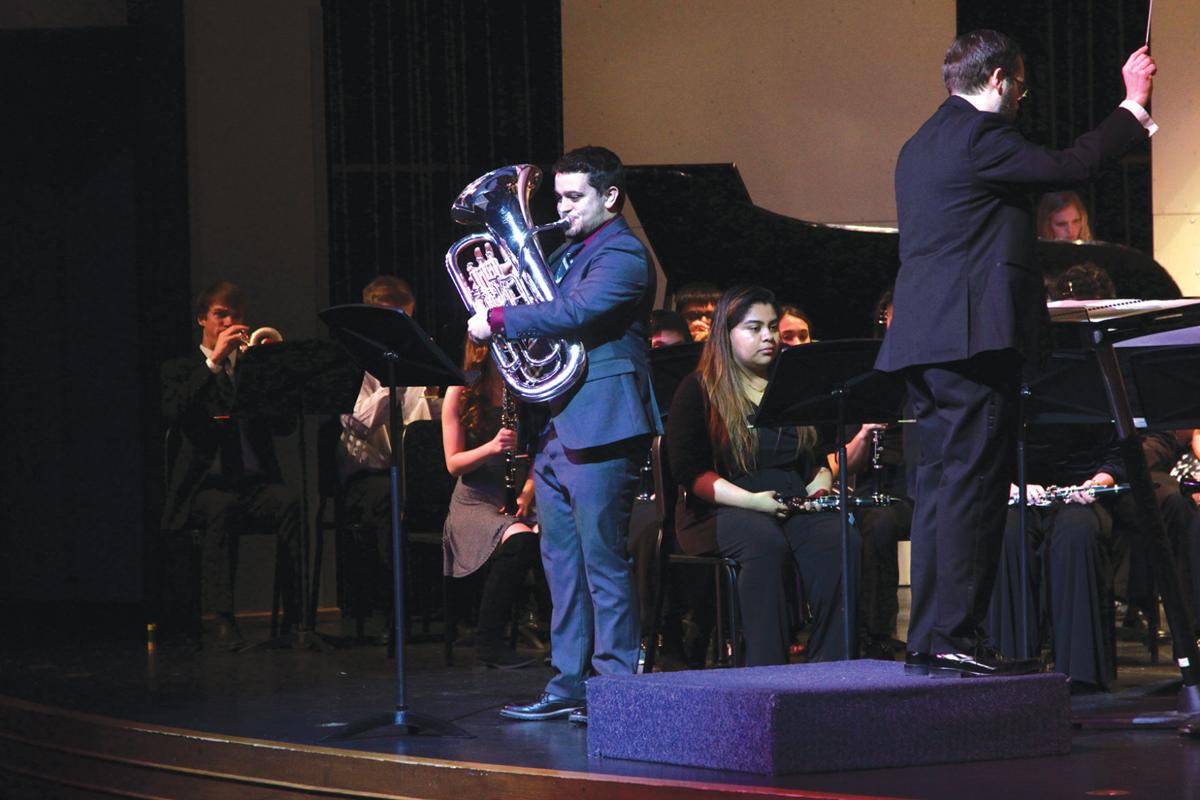 Peter Bekkerus is shown in this file photo performing a solo on the euphonium at a Denison High School band concert last year.

Patti Bekkerus directs a middle school band in this file photo from 2015.

Peter Bekkerus is shown in this file photo performing a solo on the euphonium at a Denison High School band concert last year.

After teaching music education for 33 years, 26 of which were in Denison, Patti Bekkerus has decided that this spring will be her final semester as the Denison Middle School (DMS) instrumental music teacher.

She will be replaced by her son Peter Bekkerus, who is a 2015 Denison High School (DHS) graduate.

“Knowing that he’s going to step in and continue in the job that I’ve been doing fills my heart with so much joy and pride that I can’t even put it into words,” Patti said.

Peter studied instrumental music education at Iowa State University (ISU), where he also participated in a wide variety of music activities, such as the ISU Marching Band, Wind Ensemble and Jazz Band. He also performed with several choirs.

He did his student teaching at the high school and middle school in Gilbert, which is just north of Ames.

He graduated from ISU in the spring of 2019 and has since been teaching high school band and fifth and sixth grade band at Hartley-Melvin-Sanborn in northwest Iowa.

Patti said she didn’t push Peter one way or the other about applying for her job in Denison.

“It was amazing when he decided that he wanted to apply for it,” she said. “He is going to be a great band director - he already has been in his current teaching job.”

Peter said his mom had been talking about when she wanted to be finished teaching, so he had been considering the DMS job for a while.

“It’s always been in the back of my mind,” he said. “When the opportunity came, I knew I couldn’t pass it up.”

Peter said he is attracted to Denison’s rich and well-developed music program.

“The program support from the administrators, from the community, from parents and even the kids is unparalleled,” he said.

“I will miss the kids that I teach and directing a band and giving individual lessons,” Patti said. “It’s an absolute given I’ll miss the faculty and staff that I work with.

“Denison has been an absolutely wonderful place to teach in,” she said. “It’s a very strong band department and music department in general and the administration backing has been wonderful.”

She is stepping down because she felt it was time to try other things.

Her son Parker will be a senior next year, so Patti plans to stay in Denison.

She is choir director and organist at the United Methodist Church in Denison, which will give her an outlet for her musical impulses.

“I don’t perform with another group as of right now, but now that I have more time opened up I may be able to do things like that,” Patti said.

She will continue to teach private piano lessons and she plans to mentor new band directors through the Southwest Iowa Bandmasters Association.

“I want to help newer directors start their careers on the right foot,” she said.

One of the activities she will enjoy will be watching from close range as her son continues his journey in music education.

Peter will finish out the year at Hartley-Melvin-Sanborn and will coach high school baseball there if a summer sports season takes place.

“Once that’s done I’m hoping to move down and start the summer program with the sixth graders,” Peter said.

He plans to follow his mom’s lead with the program, but will also bring his own ideas to the job.

“It’s going to be a good combination of carrying on the tradition, because she’s done such a great job, and putting my own spin on things,” Peter said.