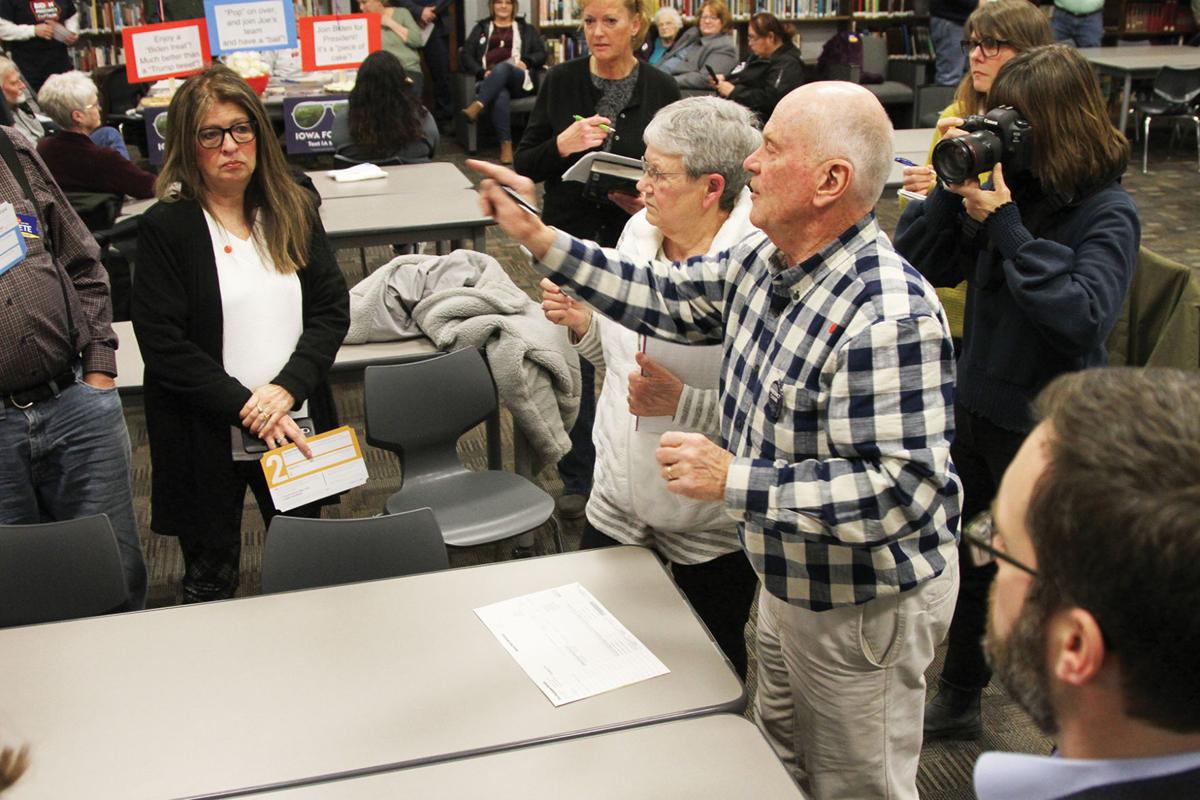 Precinct Chair Martin Peterson does a count of the Pete Buttigieg supporters at the Denison Ward 1/Goodrich Township caucus location in the Denison High School library. Photo by Dan Mundt 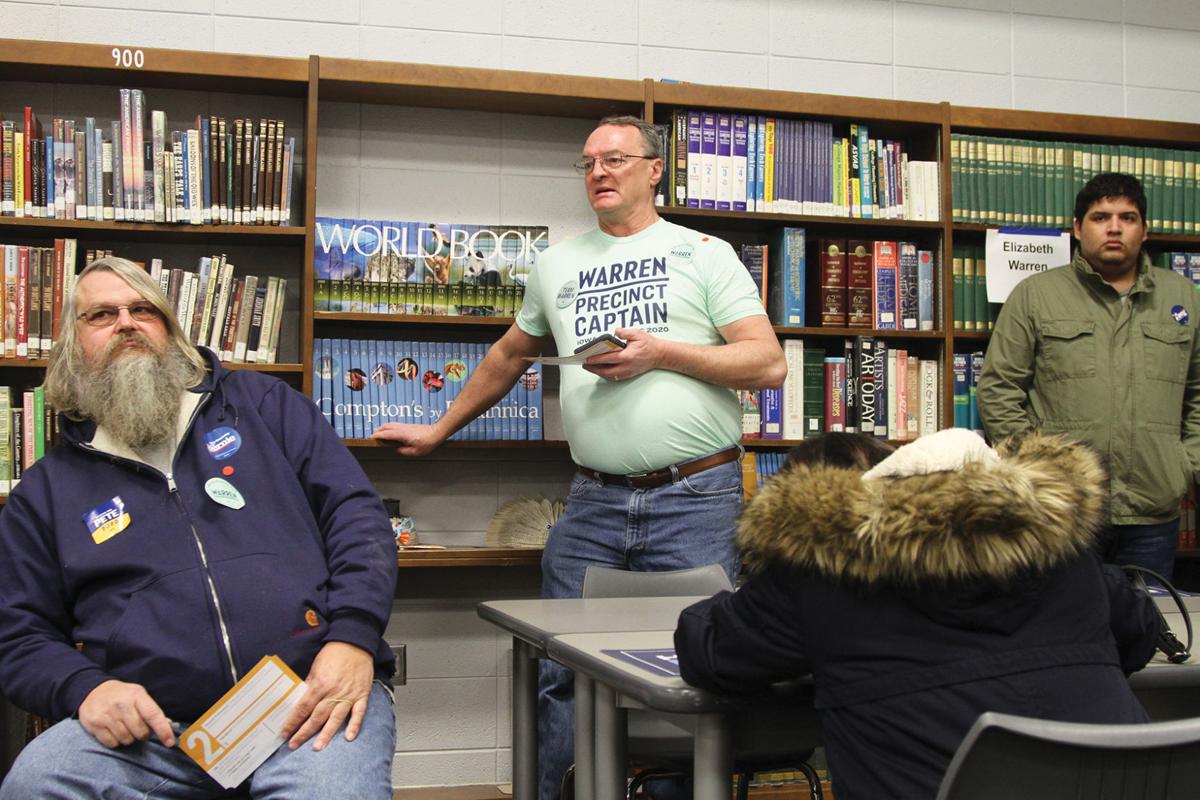 Mike Rauch speaks in favor of candidate Elizabeth Warren as he seeks the backing of the supporters of nonviable candidates. Photo by Dan Mundt

Precinct Chair Martin Peterson does a count of the Pete Buttigieg supporters at the Denison Ward 1/Goodrich Township caucus location in the Denison High School library. Photo by Dan Mundt

Mike Rauch speaks in favor of candidate Elizabeth Warren as he seeks the backing of the supporters of nonviable candidates. Photo by Dan Mundt

Following are partial statewide results of the Iowa Democratic Party caucuses from Monday night as of 12:30 p.m. on Wednesday

71% reporting (1250 of 1765 precincts)
Please note: National Convention Delegates will not be published until all precincts and satellite sites have reported.
Precincts will not appear until results are published.

Democrats talk up their candidates

Denison’s Democrats gathered at Denison High School (DHS) on Monday evening to begin the process of choosing the party’s presidential nominee for the 2020 election cycle.

A few of the supporters told the Bulletin and Review about the candidates and why each was deserving of their support.

“I really like him,” she said. “I like his position on global warming. I like the fact that he was vice president before, so he knows what it’s going to take to be the president and how to function and what is going to be asked of him.”

“I think he’s been at this game for a long time, standing up for the citizens rather than large companies and the wealthy,” Anderson said.

The 2020 election is Sanders’s chance to stand out, he said.

“I think this time around is going to be Bernie’s time,” Anderson said.

A coworker talked up Yang to him and got Lewis interested.

“I think he’s someone new and has a positive message,” Lewis said. “I thought he would be someone better than Donald Trump.”

“I think that she was the best choice,” he said. “I felt that some of the others were way too far liberal. I’m progressive but there is way too progressive.”

Blowing everything up is not what is needed, Spahn said.

“I went to see every one of the candidates and I thought Pete (Buttigieg) was inspirational and positive in a way that reminded me of Barack Obama,” said Doug Wiges.

He said all the Democrats have similar policies but Buttigieg’s position on healthcare would be a better starting point.

Buttigieg supports “Medicare for all who want it.”

“The people who negotiated lower salaries in exchange for healthcare coverage with their union contract now don’t have anything to show for that anymore,” Wiges said. “I think the slightly slower approach is still the best.”

“Elizabeth has appeal to me partially because of her personality,” Rauch said. “I think she’s a nice person who would be easy to get along with. At the same time she’s going for big change and big change is what I think we need.”

Warren’s “Medicare for all” plan and her plan for student debt relief are important for him.

“I also like the fact that she supports unions and working class people,” Rauch said.

He said he wants someone bold and Warren is bold.

Results from the Democratic caucuses were not available as of press time. See this story online at www.DBRnews.com for updates.