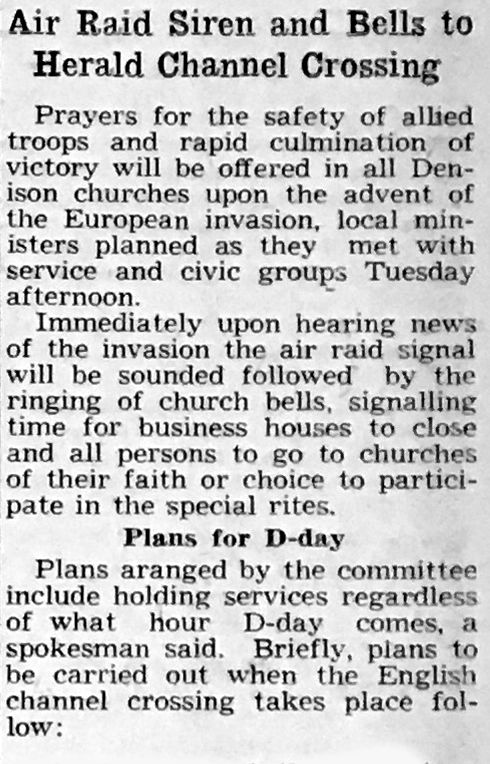 By May 1944, D-Day was known to be imminent. “Churches Planning D-Day Services,” announced the May 18 Denison Bulletin. 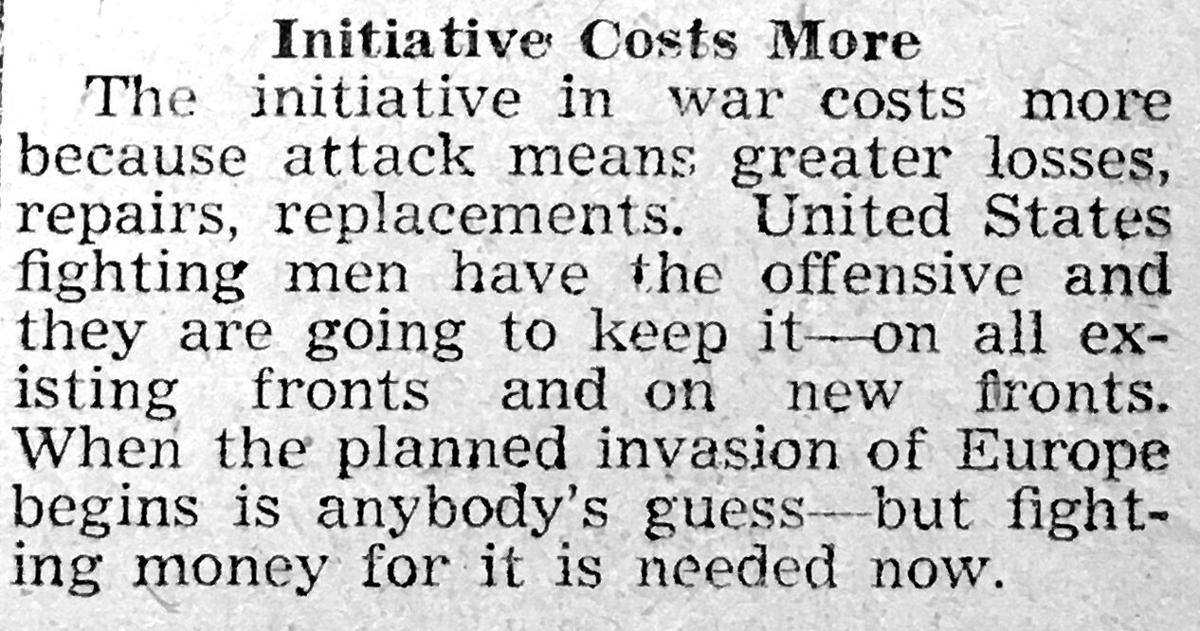 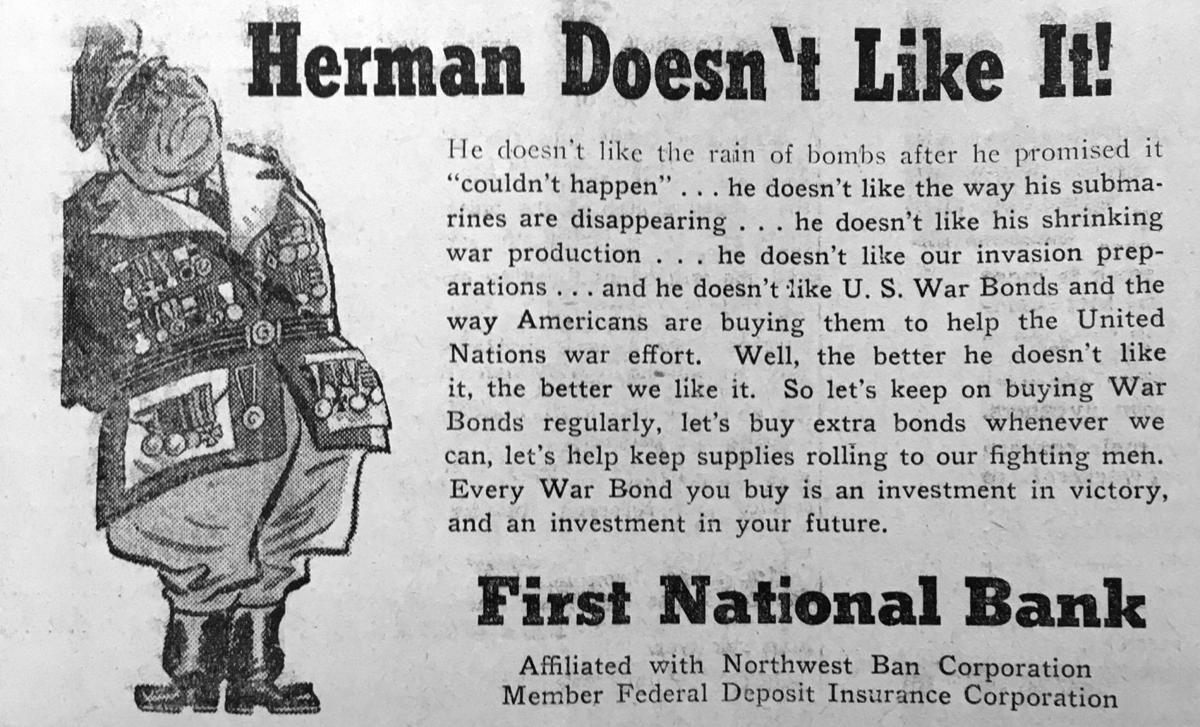 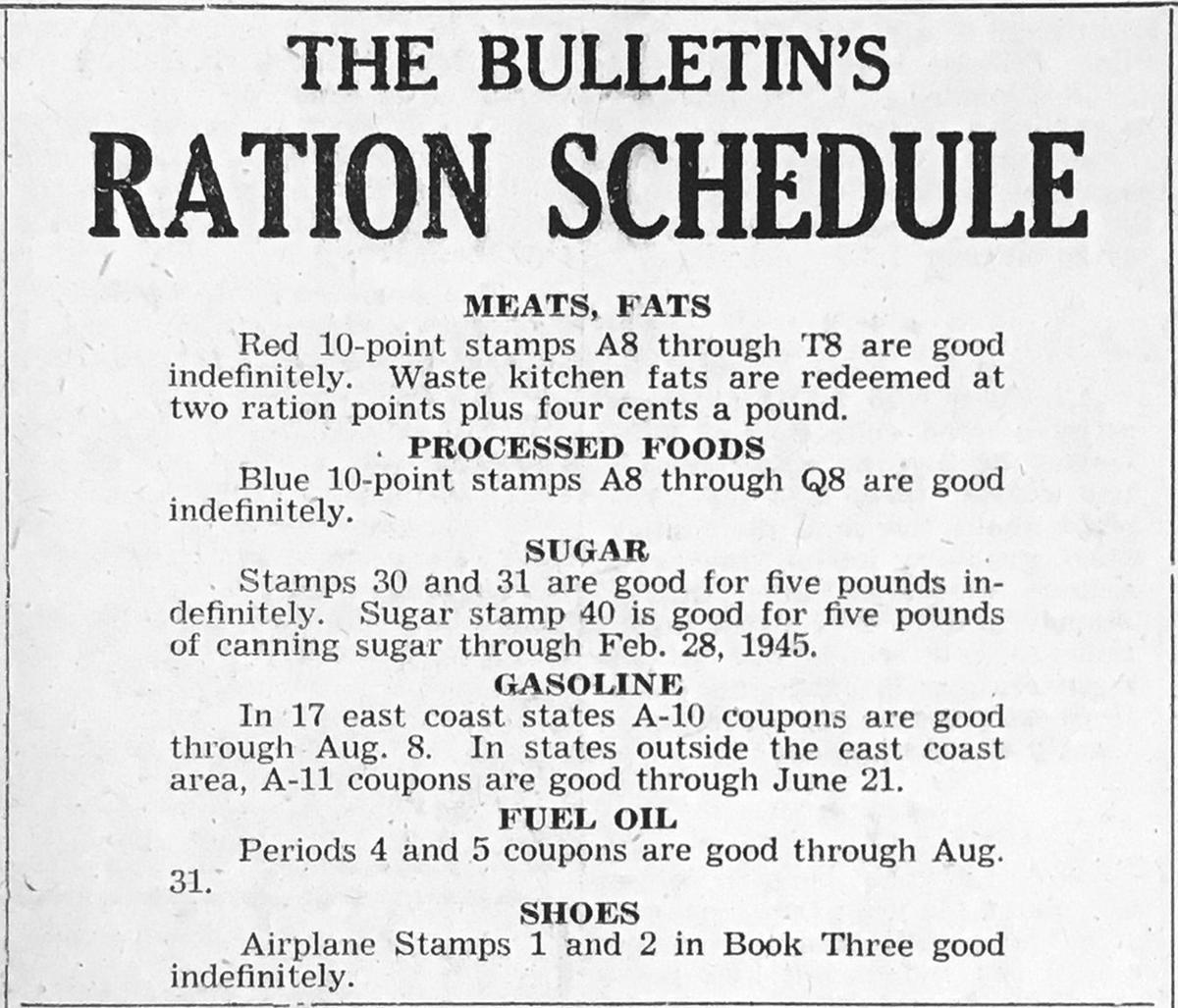 Citizens had to cut back on or simply do without many ordinary products to support the war effort, as seen in this May 11, 1944, ration schedule.

By May 1944, D-Day was known to be imminent. “Churches Planning D-Day Services,” announced the May 18 Denison Bulletin.

Citizens had to cut back on or simply do without many ordinary products to support the war effort, as seen in this May 11, 1944, ration schedule.

In the popular imagination of today, the June 6, 1944, invasion of Normandy, France, was a surprise to the Germans. In truth, the only surprises about the invasion, for either side, were the exact date it would be launched and the exact location where it would land.

American citizens had been preparing for the invasion from nearly the beginning of the war.

By 1943, much of the war effort was directed toward the eventual invasion.

The excerpt included at right is from the April 15, 1943, Denison Bulletin, which was printed more than a year before D-Day.

Next Thursday will be the 75th anniversary of the invasion of France during World War II. By D-Day, America had been at war for two and one half years.

The invasion of France was the beginning of the end of the war in Europe, though fighting would continue there for another 11 months beyond D-Day.

The war effort leading up to the invasion was always a center of attention at home, as seen in these clips from the Denison Bulletin and Denison Review.

Read more about D-Day in Tuesday’s Denison Bulletin and in Rick Franck’s comments from Memorial Day in the attached article.

Next Thursday will mark the 75th anniversary of the D-Day invasion of Normandy, France. Rick…