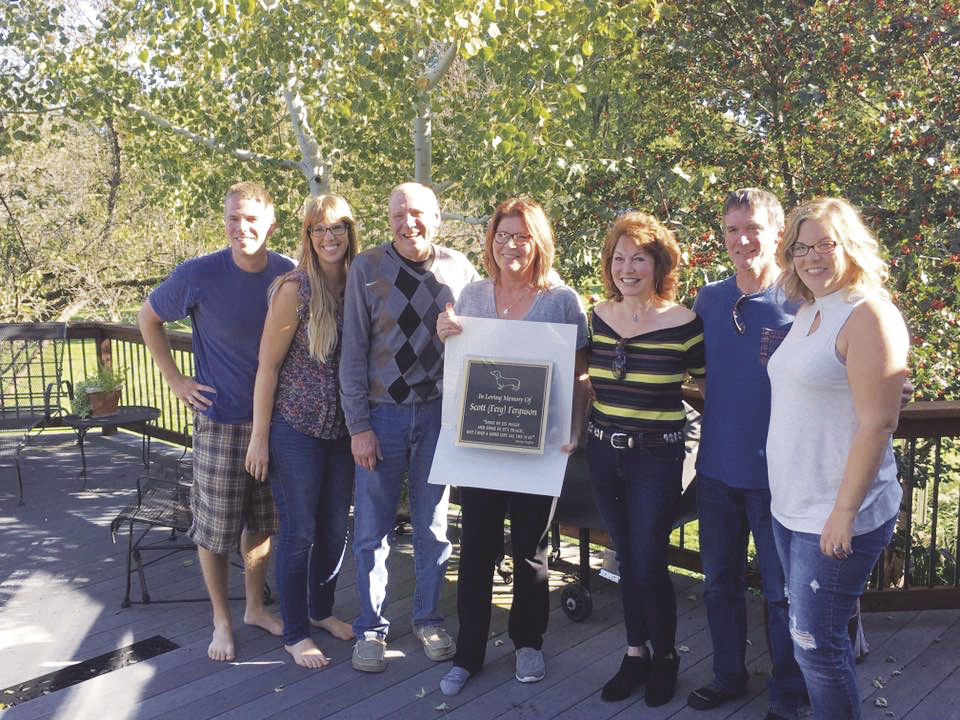 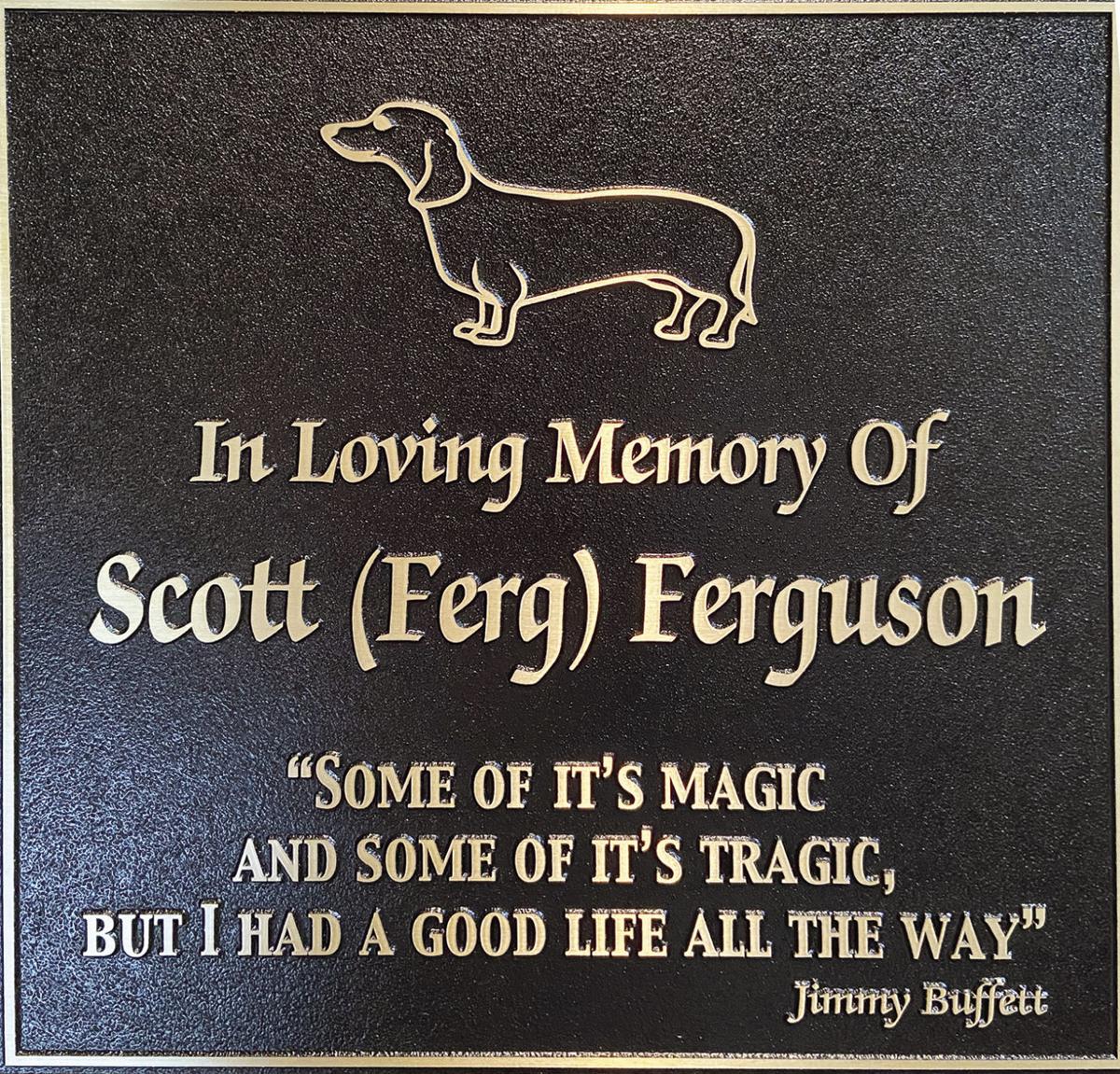 A $3,000 donation in honor of the late Scott Ferguson will go a long way toward finishing the Denison Dog Park, according to Evan Blakley, who has been shepherding the project.

“It’s a significant gift in honor of a late leader in the community and his legacy,” Blakley said.

Scott’s wife, Deb, and his son, Joe, made the donation.

“Scott and I have always been dog lovers,” Deb said. “We just are dog people.”

Scott went hunting with their two Brittanys, which lived to be 15 or 16 years old.

“We went with this little Dachshund after we lost our last Brittany,” Deb said.

She said Scott was interested in the Denison Dog Park project from the beginning.

“He really wanted to see it happen,” she said.

“I remember him from when it started - wanting it to be completed,” Joe said.

Three of Scott’s classmates from the Newton High School class of 1973 had a bronze plaque made in his memory after he passed in 2017.

“In loving memory of Scott (Ferg) Ferguson,” the plaque reads.

It includes an image of a dachshund at the top.

The quote at the bottom of the plaque is from Jimmy Buffett:

“Some of it’s magic, some of it’s tragic, but I had a good life all the way.”

Deb said Scott was a huge parrot head (Jimmy Buffett fan) and that was one of his favorite quotes.

The plaque will be displayed on the west side of the dog park entrance as a memorial.

“It will be incorporated into some landscaping and we’ll continue to work together on the design,” Blakley said.

He said he is waiting for several invoices and a quote that will help determine what additional funds will be needed to complete the project.

“I’ll have a better idea of how much we need to finish the park when I get those, but we’re very close to having enough,” he said.

“If there is any additional left over we will utilize that for the turf program to keep the turf in good shape,” he said. “We could add additional amenities such as benches picnic tables, obstacles and different features for the animals.”

Deb said the park will be good for the town.

“We used to take our dogs to the ballfield and let them run,” she said with a laugh.

“It’s a thoughtful gift and the dog park committee is very appreciative of it,” Blakley said.