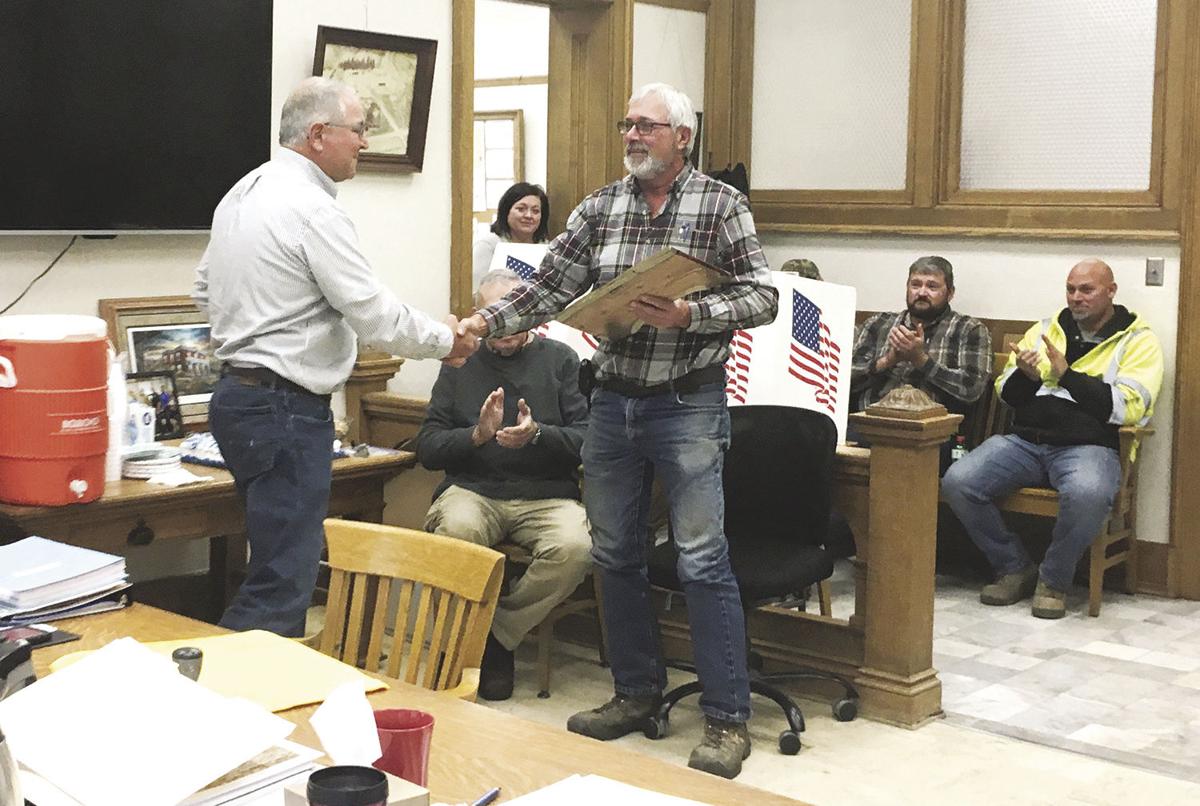 Crawford County Engineer Paul Assman, left, shakes Terry Lally’s hand at a gathering to wish him well in retirement. Lally had been the county bridge crew foreman since 1998. Photo by Dan Mundt 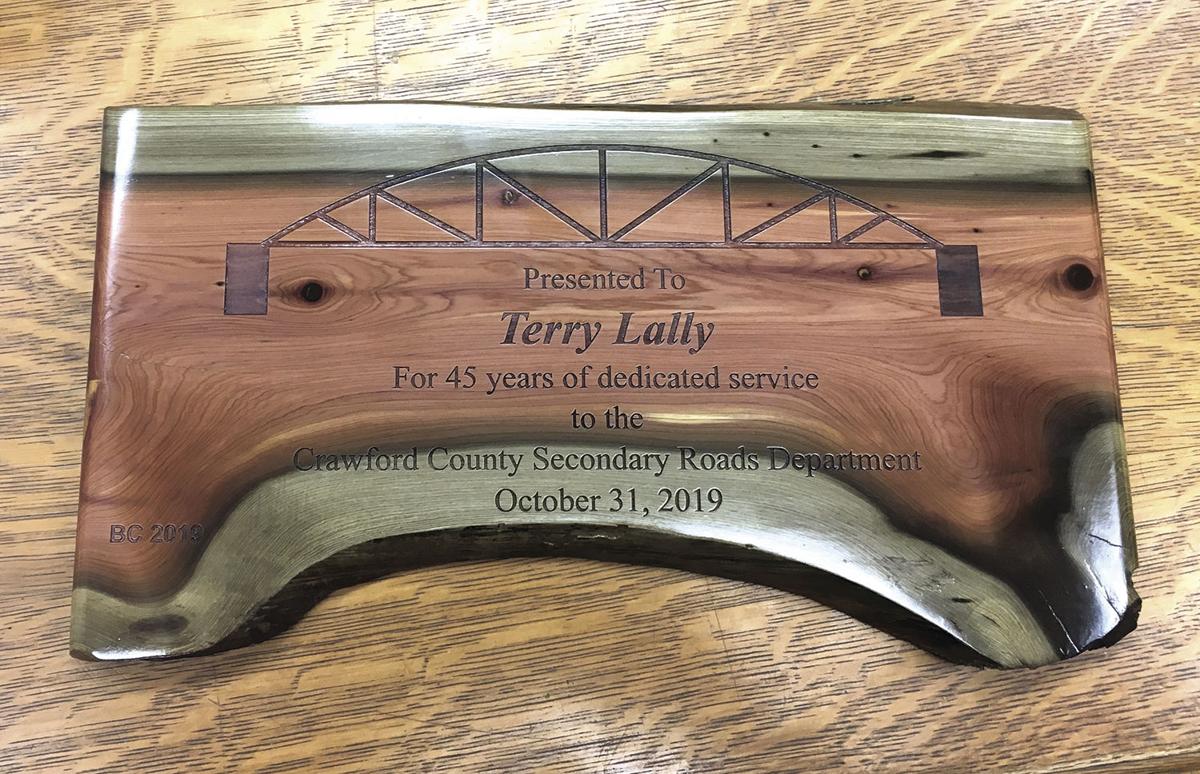 Lally was given a plaque cut from a piling from a Crawford County bridge. Photo by Dan Mundt

Crawford County Engineer Paul Assman, left, shakes Terry Lally’s hand at a gathering to wish him well in retirement. Lally had been the county bridge crew foreman since 1998. Photo by Dan Mundt

Lally was given a plaque cut from a piling from a Crawford County bridge. Photo by Dan Mundt

“There are very few that Terry would drive by and say, ‘I never did anything to that bridge,’” Assman said. “He’s worked on a lot of them.”

Lally retired at the end of October. Assman arranged an appreciation party for him at the courthouse last Tuesday morning.

The Crawford County Board of Supervisors, members of the bridge and road crews and other courthouse workers attended.

Assman and Lally have worked together for the last 20 years.

Assman had a plaque made to commemorate Lally’s years with the county.

The wood came from a bridge that once crossed Beaman Creek in Jackson Township in the northeast part of the county.

Assman said the cedar piling was not from the county bridge at that location, but was found buried in the bank of the creek when the bridge was replaced earlier this year.

The wood was perfectly preserved because it was buried underground where there was no oxygen.

The piling was likely from a bridge from the early 1900s at that location.

“You get to take a piece of the Crawford County bridges with you,” Assman told Lally.

Lally said he’d done a lot of different things in his 45 years with the county, but he’d never had to give a speech before.

“We’ve had a good crew and I have to give them a lot of credit for sticking with me,” he said.

“I’ve seen a lot of different things. It wasn’t all good, but we got through them.”

That line provoked loud laughter in the boardroom where the party took place.

“Crawford County is a lot better off because Terry was here for the last 45 years,” Assman said.

“I hate to see you go, but wish you all the best.”