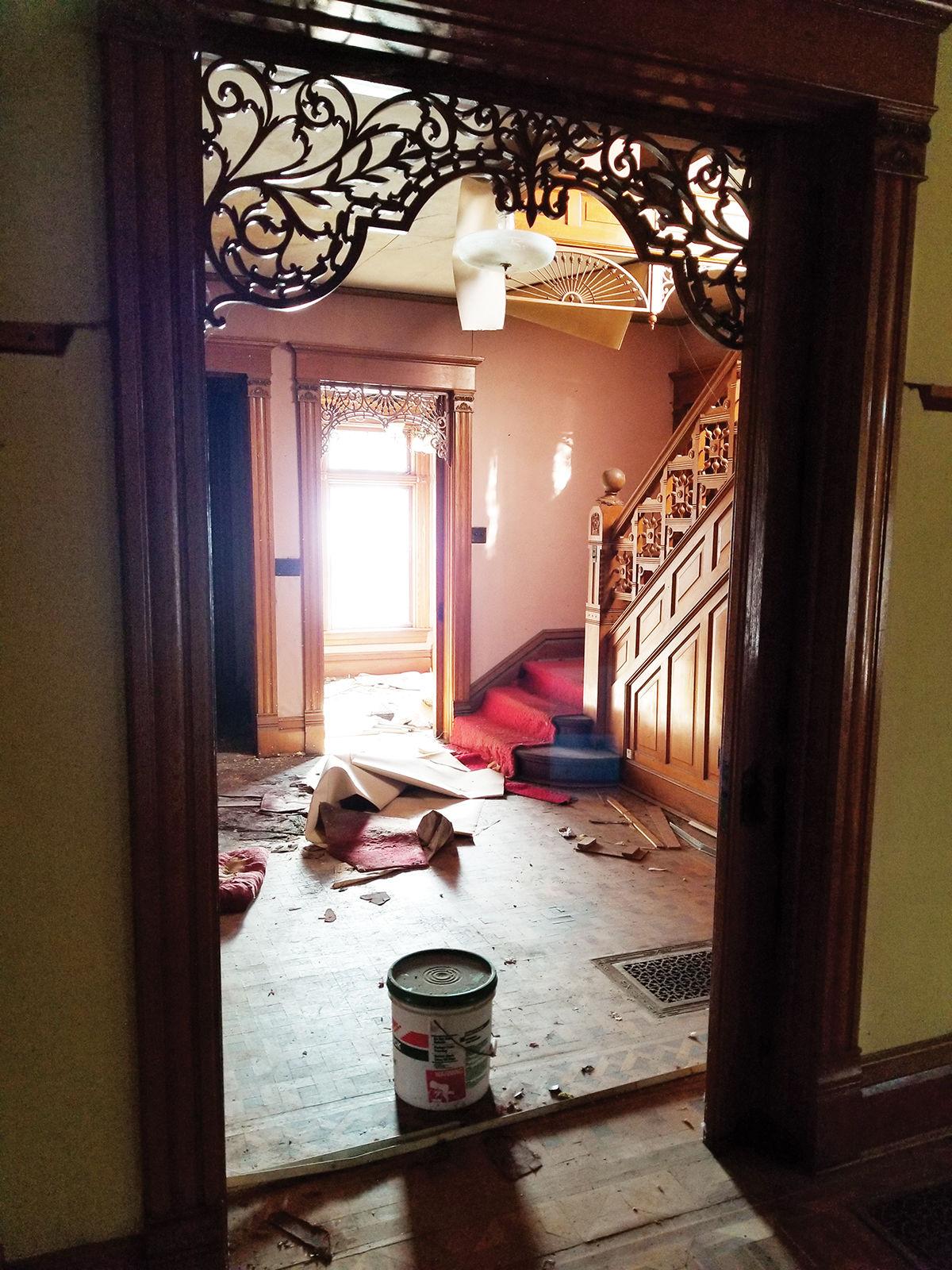 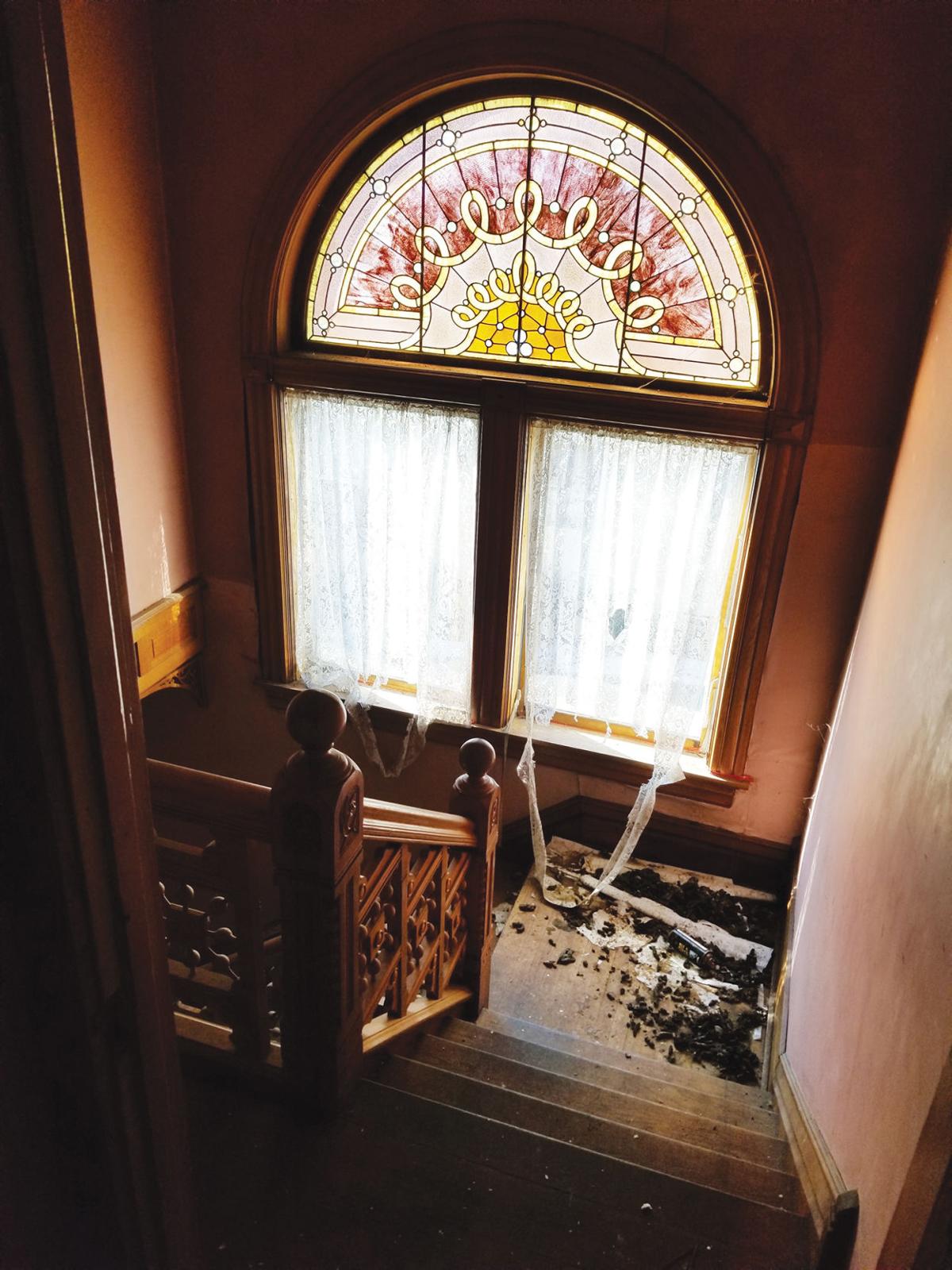 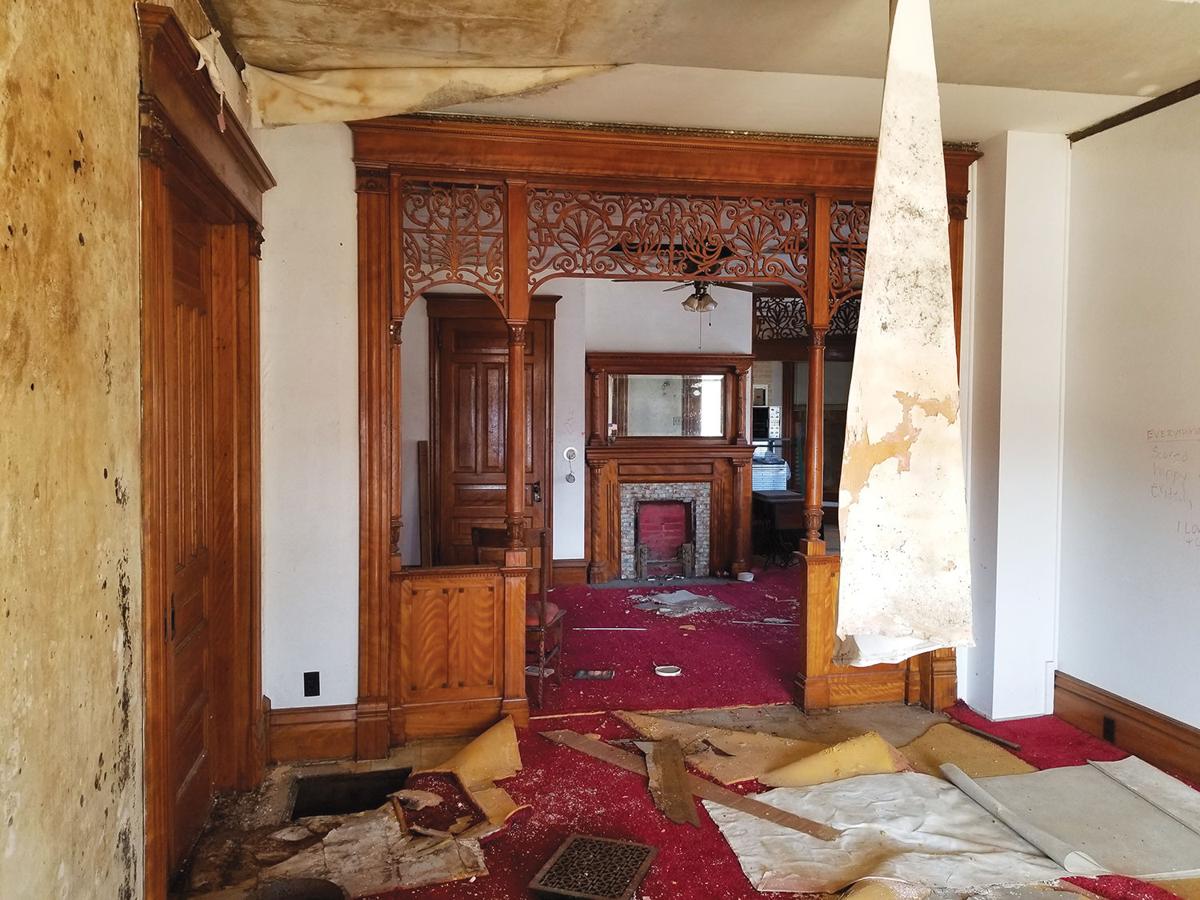 As of Monday afternoon, Ken Kahl, of Buck Grove, is the new owner of the Shaw Mansion at 1434 1st Avenue South in Denison.

Kahl operates Crawford County Abstract, which is located in the office space above the Donna Reed Theater lobby.

It has been vacant for more than a decade. Until Monday, it was owned by the estate of Robert Janett, who died in December 2018.

Kristin Janett, Robert’s daughter and co-executor of his estate, worked with Kahl to arrange for the transfer of the property.

On December 18, at Kahl’s request, the City of Denison forgave several personal judgements against Robert Janett for civil infractions relating to the Shaw house and other properties he owned.

Kahl insured the house and had the electricity turned on last week.

Over the weekend, he and his mother and several friends started the process of cleaning and clearing out the house.

“I didn’t have a big crew, but we were able to get into the house and get started,” he said.

Kahl is still developing a plan for how the restoration project will proceed.

“At this point, we just need to open up some of the damaged areas and the non-original walls to see what’s possible and what’s necessary for the entire project,” he said.

“We’ve removed one of the false ceilings so we can start to see what it might take to restore the original painted ceiling in the dining room and we have started tearing back walls and ceilings in the basement apartment. Since it doesn’t have much historic value and it does have some damage from dampness, we needed to make sure that it was all gone, anyway.”

A hole in the roof will be addressed as soon as possible.

“First we need to fix the floor directly beneath it so we have a place to stand,” he said. “It’s a matter of getting the right person in there to help. The roof is definitely one of the first things to do because we need to make sure the place is sealed from the elements and from animals.”

Kahl said he is seeking advice about what he can do to make the project eligible for outside funding.

“Right now I’m still looking at what approach I need to make regarding my legal status to make sure I can leverage the most help regarding grants and tax credits,” he said.

He spoke with Paul Thelen, director of the Iowa Nonprofit Resource Center, on Monday.

Thelen is from the Denison area and is an old friend, Kahl said.

Kahl sought his advice about the advantages and challenges of forming a nonprofit to help him determine if that is the route he wants to take.

He plans to return the house to use as a multi-unit rental property, which is what it was before it was boarded up, as well as provide new spaces for event rental that would be available to the public.

“I’m sure I’ll be in there every weekend and whatever evenings I’m able to,” Kahl said. “Now that I have electricity in the place and now that the daylight hours are getting longer it will be much easier to work there after working my regular job every day.”