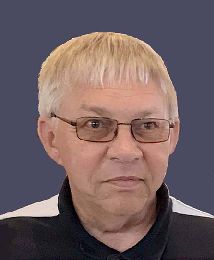 Donald Gene Beam March 5, 1955 - November 8, 2019 Donald Gene Beam was born March 5, 1955, in Denison, Iowa, the son of Vernon and Jenell Boger Beam. He passed away Friday, November 8, 2019, at his home in Arion, Iowa, at the age of sixty-four. Donald was baptized into Christ and later confirmed his faith at Bethlehem Lutheran Church in Dow City. He received his education in the Dow City-Arion School and graduated from Dow City-Arion High School with the class of 1973. Donald was employed in the maintenance department at Farmland Foods in Denison for more than thirty years. Although a jokester, Donald had a heart of gold. He loved his family and was very kind, loving and helpful. Donald did many things for the town of Arion, which included being on the Town Council, a member of the Arion Booster Club and being involved with the Arion Buffalo Days. He found great pleasure in his hobbies of motorcycles, horses, cars, pickup pulls at fairs, traveling, camping at Lake View and Nelson's Park and deer hunting in the local area. He enjoyed working on cars and socializing at the shop, as well as taking his 55 Chevy to car shows and watching his nephew Jeff race. His favorite television programs were westerns and rodeo shows. Donald was preceded in death by his father, Vernon Beam in 1995; and his grandparents, Ferdinand and Martha Boger and Clarence and Johanna Beam. Survivors include: his mother, Jenell Beam of Arion; three sisters, Faye Redenius and her husband, Mike of Schleswig, Carol Beermann and her husband, Ron of Arion and Lois May and her husband, Paul of McClelland, Iowa; two brothers, Kenneth Beam of Arion and Wayne Beam and his wife, Jean of Ankeny; twelve nieces and nephews: Jeff Stephens and his wife, Michelle, Kristi Stephens, Stephanie Beam, Rachel Beam and Kaysha Beam all of Arion, Christina Beam of Wayne, Michigan, Megan Beam of Dow City, Tristan Beam of Vail, Brandyn May and Abigail May both of McClelland, and Austin Beam and Lizzie Beam both of Ankeny; twenty-two great-nieces and nephews; three great-great-nieces and nephews; several other relatives and friends. Funeral Services were held 10:30 A.M., Thursday, November 14, 2019, at Bethlehem Lutheran Church in Dow City, Iowa. Rev. Chad Trunkhill officiated the service with interment in the Dow City Cemetery in Dow City. Organist Sherry Ketelsen provided accompaniment for congregational hymns "In the Garden," "Amazing Grace" and "On Eagles' Wings." Serving as honorary pallbearers were Donald's Nieces, Nephews and Shop Friends. Serving as pallbearers were Jeff Stephens, Sr., Jeffrey Stephens, Jr., Dominick Zetino, Christian Stephens, Austin Beam, Tanner Beam and Tristan Beam.The motorcycle hearse was provided to the family as a courtesy of Mike Hoy of the Hoy-Kilnoski Funeral Home in Council Bluffs, Iowa. The family invited everyone to the Dow City Community Building for fellowship and lunch provided by the Ladies Aid and catered by Staley's. The Huebner Funeral Home in Denison was in charge of arrangements.