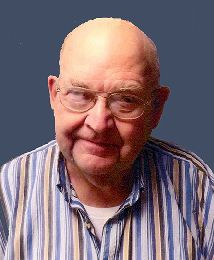 DuWayne Erwin Bohlmann December 4, 1947 - April 20, 2020 DuWayne Erwin Bohlmann, the son of Carl and Hildegard (Gloede) Bohlmann was born in Charter Oak Township, Crawford County, Iowa, on December 4, 1947. DuWayne passed away Monday, April 20, 2020, at his home in Denison, Iowa, at the age of seventy-two. DuWayne was baptized January 4, 1948, at Immanuel Lutheran Church, Charter Oak, Iowa, and later confirmed his faith April 7, 1963, at Zion Lutheran Church in Denison, Iowa. DuWayne received his education at the Immanuel Lutheran School and the Denison Community School. A lifelong member of Immanuel Lutheran Church, DuWayne proudly served the congregation as church usher for many years. The Bohlmann family farm is located north of Charter Oak and for many years, DuWayne worked the farm ground with his mother, father and brothers Virtus and Larry. He loved working with his family, he loved driving the tractor and he loved working on the farm. June 12, 1968, DuWayne moved to "town" in Denison where he began his 52-year tenure working for WESCO Industries. DuWayne was one of the first two full time residents of WESCO and began his employment working in the woods/pallet area where he cut, planed, chipped and stacked wood which he used when building pallets. DuWayne loved working in the pallet department and worked there until the closing of the department, retiring April 5, 2013. During his life at WESCO, DuWayne lived on his own until moving into a waiver home July 28, 2010. During that time, he lived with three other individuals for over ten years, creating many memories with them. After retirement, DuWayne began attending WESCO's Day Hab program three days a week. DuWayne enjoyed the Crawford County Fair, tractor pulls, breakfast at Hy-Vee and bowling with friends. Some of the family's best memories come from camping and fishing trips to Black Hawk Lake, Fox Lake, Minnesota and many other places. DuWayne always looked forward to traveling with his WESCO family on trips sponsored by Off The Beaten Path. These included trips to Hawaii, Las Vegas, Arizona, Grand Canyon, Branson, several cruises, and many more. DuWayne also loved going to the sale barn in Denison on Saturdays, going to auctions and walking around town. He also enjoyed events at WESCO when relatives attended, enjoyed spending time with family during holidays and was especially proud when he furnished food for the holidays with his family. DuWayne was a very independent man who thought if he had the will, he would find a way. Preceding him in death were his parents, Carl and Hildegard, and brothers, Larry and Paul. DuWayne is survived by one brother, Virtus Bohlmann of Maple Heights, Mapleton, Iowa, and three aunts, Irma Maas of Schleswig, Darlene Saunders and Lois Duncan, both of Denison; other relatives and friends. Private Graveside Services were held 1:30 P.M., Saturday, April 25, 2020, at Immanuel Lutheran Cemetery, Soldier Township, Charter Oak, Iowa with Rev. Richard Merrill officiating. Music selections included "Lift High the Cross" and "I Know That My Redeemer Lives." The Huebner Funeral Home in Denison was in charge of arrangements.

To plant a tree in memory of DuWayne Bohlmann as a living tribute, please visit Tribute Store.