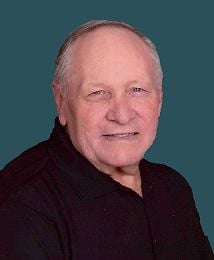 Verlin "Butch" Duane Bridgeman October 16, 1941 - January 11, 2020 Verlin "Butch" Duane Bridgeman was born October 16, 1941, in rural Castana, Iowa, the son of Charles and Elsie Bridgeman. He passed away Saturday, January 11, 2020, at the Crawford County Memorial Hospital at the age of seventy-eight. Butch was baptized into Christ and confirmed his faith in the Methodist Church. He was employed at the Ford garage and at Godbersens, both in Ida Grove, for a time. He was drafted into the United States Army October 5, 1966, and served his country during the Vietnam War. He was honorably discharged September 23, 1968, as an SP4 and was awarded the National Defense Service Medal, Vietnam Service Medal, Vietnam Campaign Medal, Marksman Badge (M-14 Rifle) and Good Conduct Medal. After completing his military service, he returned to employment at Godbersens doing bridge construction. Butch was united in marriage to Joleen Boettger Neddermeyer June 19, 2003. After retiring, he and Joleen moved to Denison. Fishing with his grandsons was his favorite pastime, as was spending time with his children and grandchildren. Butch enjoyed going to the casino, socializing with friends and visiting with people at Hy-Vee. He enjoyed watching sports on television and also liked watching westerns, game shows and the History Channel. Butch was a happy-go-lucky person with a sense of humor who enjoyed telling jokes. Butch was preceded in death by his parents; four brothers, Robert, Donald, Willard and Bernard; and a stepdaughter, Julie in infancy. Survivors include: his wife, Joleen; one son, Dan; stepchildren, Carl and his wife, Jenna, Jason and his wife, Jenny, Jared and fianceé Brittney, and Just'n and his wife, Rachel; nineteen grandchildren; five great-grandchildren; other relatives and friends. Funeral Services were held 10:30 A.M., Wednesday, January 15, 2020, at First United Methodist Church in Denison, Iowa. Rev. Mike Fillmore officiated the service with interment in the St. John's Lutheran Cemetery in Charter Oak, Iowa. Organist Nancy Miles provided accompaniment for congregational hymns "Amazing Grace" and "In the Garden." Recordings of "How Great Thou Art" by Alan Jackson and "On Eagles' Wings" by Josh Groban were also played. Serving as honorary pallbearers were grandchildren and great-grandchildren. Serving as pallbearers were Kaeden Neddermeyer, Jason Neddermeyer, Jared Neddermeyer, Just'n Neddermeyer, Lukas Nelson, Erik Nelson and Carl Nelson. Military Honors were members of the Homer Hall Post 66 of Charter Oak and Ute VFW Post 5605. The family invited everyone to return to the church for fellowship and lunch provided by the United Methodist Women and catered by Staley's. The Huebner Funeral Home in Denison was in charge of arrangements.

To plant a tree in memory of Verlin Bridgeman as a living tribute, please visit Tribute Store.