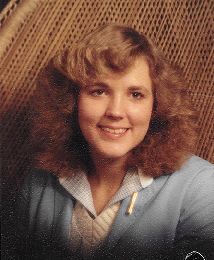 Darcy Anne Dammann May 9, 1964 - December 5, 2019 On Monday, December 16, 2019, the Dammann and Lohrmann family welcomed family and friends to Darcy's Celebration of Life at the Manilla Memorial Hall. Darcy died Thursday, December 5, 2019 at her home in Manning. She was 55 years of age. Darcy Anne (Lohrmann) Dammann was born in Denison, Iowa on May 9, 1964 to Ron and Gloria Lohrmann. After a brief time as the only child, brother Rick joined the family in 1965. Darcy attended the Manilla Community School, and brother Mike joined the family just before she graduated in 1982. It was the day of graduation the next chapter of her life began: Darwin Dammann proposed to her and she was elated. As a young married couple, they moved to the Lohrmann family farm; Darwin was a farmer, and Darcy kept the books. Darcy also worked as a Nurse's Aide at the Manilla Manor, where Grandma Rose Rutherford resided. She was beloved by all the residents there and she thoroughly enjoyed her work. In 1990, two became three and the Dammann family welcomed baby Nick. It was during her maternity leave that the Manilla Manor fully realized how much she contributed - she was awarded employee of the month upon her return. Jon was born in 1997 and the family was complete. Throughout the rest of Darcy's life, her boys were the apple of her eye. Darcy was a gift to this world. She was big-hearted, thoughtful and always giving - with no expectation of something in return. You couldn't leave her house without a gift in-hand. She was very independent and lived life the way she wanted. She was brutally honest at times, but that just made her compliments (which were plentiful) all the more meaningful. She enjoyed arts, crafts, drawing, painting and anything creative. Her letters were always the best thing to receive - a sweet note, just to let you know she was thinking about you. Darcy had the kindest soul this world could know and now she is at rest and her soul is at peace. Darcy is survived by son Nicholis (Brittany) Dammann of Denison; son Jonathon Dammann of Denison; parents Ronald and Gloria (Rutherford) Lohrmann of Manilla; brother Michael (Allison) Lohrmann of Omaha and many other family members and friends.

To plant a tree in memory of Darcy Dammann as a living tribute, please visit Tribute Store.