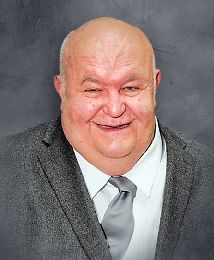 Lawrence Eugene Davis September 19, 1947 - August 20, 2019 Lawrence Eugene Davis was born on September 19, 1947, to Dean and Rachel (McHenry) Davis in Dunlap, Iowa. He was raised near Dunlap and graduated from Dunlap High School in 1965. Larry married Linda Gray on November 7, 1970, at the Congregational Church in Dunlap. Larry enlisted in the United States Army in 1966 and honorably served for nearly three years. Larry was employed at Vickers and IBP. He then leased the Mobile Gas Station in Dunlap until he decided to farm in 1977. Larry raised hogs and did custom bailing. In 1997, Larry and Linda purchased the Dunlap Dairy Sweet and ran it for 13 years. He was also a blackjack dealer at Winnavegas Casino in Sloan, Iowa. Larry retired from work in 2010. Larry loved to play cards and cribbage. He enjoyed watching westerns, watching his grandkids grow up, and talking on the phone, especially to his grandson, Logan every night. He was a good BS'er and enjoyed a good conversation. Larry died on Tuesday, August 20, 2019, at his home outside of Dunlap, Iowa, at the age of 71 years, 11 months, and one day. Larry was preceded in death by his parents; son Larry L. Davis on February 16, 2019; two siblings, Dennis Swenson and Brenda Stahlman; and siblings-in-law, Mike Baer, Marie Swenson and Sharon Swenson. He is survived by his wife, Linda Davis of Dunlap; daughter, Lori and her husband Greg Thomsen of Dunlap; daughter-in-law, Kim Davis of Indianapolis, Indiana; two grandsons, Jackson and Logan Thomsen; two granddaughters, Mandi Thomsen and BreAnne Meyers; siblings, Edwin Davis and his wife Carol of St. Helens, Oregon, Mary and her husband Darin Gebers of Holstein, Iowa; siblings-in-law, Glenda and her husband Earl Malone, Roy Gray and his wife Sharon, and Kathy Baer all of Dunlap; and many other relatives and friends. A funeral service was held at 10:30 a.m. Saturday, August 24, 2019, at Fouts Funeral Home in Dunlap. The clergy was Elder Cathy Garrett. The recorded musical selections were: "Angels Among Us" by Alabama, "Grandpa Told Me So" by Kenny Chesney, and "Dancing In The Sky" by Dani and Lizzy. The pallbearers were: Bob Buresh, Darrell Goeser, Roy Gray, Jerry Jo Hanigan, Denny Kepford, Darrel Lawrenceson, Earl Malone, and Mike Maiwald. The military graveside rites were provided by the Dunlap American Legion Post #224. The final resting place is at the Pleasant Hill Cemetery in Dunlap. Fouts Funeral Home in Dunlap was in charge of the arrangements. www.foutsfuneralhome.com

To plant a tree in memory of Lawrence Davis as a living tribute, please visit Tribute Store.