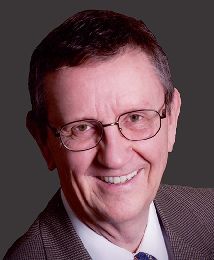 Lyle Alva Fleshner April 16, 1945 - January 22, 2020 Lyle Alva Fleshner was born April 16, 1945, the son of Alva and Mary Fleshner in Carroll, Iowa. He passed away Wednesday, January 22, 2020, at Salem Lutheran Home in Elk Horn, Iowa, at 74 years of age. Lyle was baptized on May 13, 1945, at the St. Anthony's Hospital in Carroll and was confirmed on March 22, 1955 at St. John's Lutheran Church in Lidderdale, Iowa. His sponsors were Ray and Christiana Lilly. Lyle graduated from Glidden-Ralston High School with the class of 1963 and continued his education at Northwest Missouri State where he received a Bachelor's degree in sociology. Following graduation, Lyle enlisted in the Air Force July 23, 1968 and served his country during the Vietnam War as an Inventory Management Specialist. He was honorably discharged July 21, 1972, and that year began his employment for the Department of Human Services in Denison. He was very proud of his career and retired after 30 years of employment. On February 8, 1975, Lyle was united in marriage to Pat Bilsten Coyle at the First Baptist Church in Denison. Lyle loved Community Theater. He was a founding member of Country Players in Audubon and worked on set production for Midwestern Players in Denison. He was a big supporter of his community by helping seniors through SHIIP, driving veterans to their VA doctor's appointments and volunteered for The Donna Reed Foundation. He loved singing and enjoyed being a member in his church choir. Out of all his accomplishments in life, Lyle loved and adored his family and his faith in the Lord. In addition to his parents, Lyle was preceded in death by his father-in-law and mother-in-law, Max and Marie. Left to cherish his memory are his wife of 44 years, Pat; son, Tom and his wife, Pam; grandson, Josiah and his wife, Claire; "adopted" grandchildren, Makenna and her husband Maize, Nate, and Noah; sister, Nadine and her husband, Dale; nieces and nephews, Leslie, Tracey and her husband Bruce, and Steve; other relatives and many friends. Memorials may be offered to the ACS-Crawford County Relay for Life. Funeral Services were held 11:00 A.M., Monday, January 27, 2020, at Our Savior Lutheran Church in Denison, Iowa, with Rev. Chad Trunkhill officiating. Pianist Mary Kuhlmann provided accompaniment for congregational hymns "I'm But a Stranger Here" and "There is a Time for Everything" and for vocalists Michael Phipps and Julie Burhoop who sang "Amazing Grace, My Chains are Gone." Pianist and vocalist, Porter Bilsten sang "Hallelujah." Military Honors were members of the Denison American Legion Post 8. The family invited everyone to remain at the church for fellowship and lunch provided by the Women's Guild and catered by Staley's. The Huebner Funeral Home was in charge of arrangements.

To send flowers to the family of Lyle Fleshner, please visit Tribute Store.