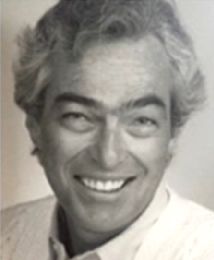 Steven Fredrick Kammeyer February 9, 1948 - April 29, 2020 Dr. Steven Kammeyer, 72, passed away April 29, 2020. He was raised in Denison, the second child of Armin and Maybelle Kammeyer's four children, and by far the most fun. Steven was born to create! As a child, he worked with his dad on cars and wooden furniture, which ultimately led to his winning a scholarship to the Illinois Institute of Technology in Chicago. He once pedaled his bicycle from Denison to Chicago, where he drove a bus while studying dentistry. He then traveled to Long Beach, California, where he served in the Navy Dental Corps and later returned to Denison where he had a dental practice for several years. Throughout his life, he built many astonishing pieces, dozens of rocking chairs from exotic woods; a half pipe for his son; a three-story air-conditioned tree house for his daughter; a harpsichord; an authentic gypsy caravan; and an airplane which he piloted once. He loved music and sang energetically at any opportunity. He redesigned and renovated every house he ever lived in, including his last house in Tucson. Steven was an excellent dentist, but most people will remember him for his beautiful creations, foremost among them his children, Grace and Oliver Kammeyer. He lives on in their hearts and in the heart of his wife, Mel Kearney, and those of his siblings Jerry, Kay, and Greg. Steven was one of the fortunate few who did exactly what he wanted in his 72 years. His family is grateful for his love and drive, which left so much beauty in this world he passed through. Due to COVID-19, memorial services will be held at a later date. Arrangements by Avenida's Cremation and Burial in Tucson, Arizona.

To plant a tree in memory of Steven Kammeyer as a living tribute, please visit Tribute Store.