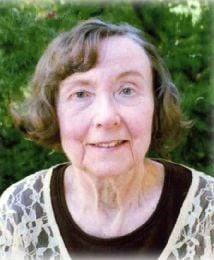 Mary Elizabeth Krohnke August 2, 1941 - December 11, 2019 Mary Elizabeth Krohnke was born in Denison,Iowa, August 2, 1941, the daughter of Harold and Margaret Krohnke. She was raised on a farm near Schleswig, Iowa. She passed away at the Denison Care Center Wednesday, December 11, 2019, at the age of seventy-eight. Mary Beth attended a rural school from kindergarten through eighth grade and graduated from Schleswig, High School in 1959. She was the valedictorian of the class and was elected student body president her senior year. Beth received a Bachelor of Fine Arts degree in speech from Wayne State College in Nebraska in 1963. Beth was a Magna Cum Laude graduate with high honors in speech. She was in a number of plays in college and was inducted into Alpha Phi Omega honorary fraternity. She was on a college debate team and was inducted into Pi Kappa Delta honorary fraternity. She started teaching in the fall of 1963, in the Jefferson County Public Schools just west of Denver proper. She taught speech, drama, English, and reading at Bear Creek High School. Beth directed plays and coached the competitive speech teams. One of the one-act plays she directed won first place at the drama contest at Colorado University. One of her debate teams made it to the quarter finals at the national debate tournament held in Kansas City. After teaching Bear Creek High School for 31 years, she retired in 1994, and moved to Denison. She was a dedicated educator and a lover and protector of all animals. Beth brought a dog and a cockatoo with her from Denver. She had a large backyard with a six-foot high wooden fence that provided a safe haven for starving abandoned cats. She fed them and provided them with veterinary care and then took them to the Siouxland Humane Society so that they could be adopted. She lived on the edge of town, and a dirty, starving little dog showed up at her door. She took it to a veterinarian; the dog was blind. It learned to follow her two dogs to the backyard. She gave money to animal charities that worked to prevent cruelty to animals. For eleven years she volunteered at the historic McHenry House, the Denison Library summer reading program, and for the County Arts Council. Beth loved to read and to go to the movies. She was a member of boys and girls 4-H for eight years showing cattle and pigs. She made a lifelong friend in 4-H. She liked to go to the Crawford County Fair and the Iowa State Fair. She cheered for the Iowa Hawkeye football team, and the Denver Broncos. Jeffco schools chartered flights to Europe. She traveled to Spain, France, Italy, Luxemburg, Belgium, England, Scotland, North Ireland, and Ireland. She went to Greece and Yugoslavia in 1970. She went on a Pacific cruise to Hawaii, Fiji, Manilla, in the Philippines, New Zealand, Australia, Hong Cong, Japan, Vancouver Canada, and back to San Francisco. She went to Mexico City. She was trilled to see three Broadway plays and to tour New York City. Beth was preceded in death by her parents, and her brother Francis, and many canine companions. Survivors include two nieces, Michele and Cheryl; two nephews, Jeff and Jason; special friend, Swen; sister-in-law, Durene; other relatives and friends; canine companions, Meggy and Sami, and Duffy the cockatoo. Funeral Services were held 10:30 A.M., Tuesday, December 17, 2019, at the Huebner Funeral Home in Denison, Iowa, with Fr. Randy Schon officiating. Music selections included "How Great Thou Art" by Carrie Underwood and "On Eagles' Wings" by Josh Groban. Serving as pallbearers were Jason Krohnke, Jeff Krohnke, Michele Reiman and Cheryl Krohnke. Interment was in the Morgan Cemetery in Schleswig, Iowa. The Huebner Funeral Home in Denison was in charge of arrangements.

To plant a tree in memory of Mary Krohnke as a living tribute, please visit Tribute Store.