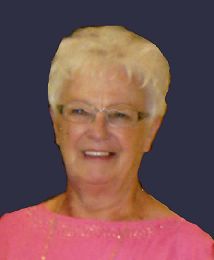 Jeanette Fae Kuhlman August 25, 1940 - January 4, 2020 Jeanette Fae Kuhlman was born August 25, 1940 on a farm near Dunlap, Iowa. She was one of four children born to William and Gladys Crawford Knierim. Jeanette passed away Saturday, January 4, 2020 at the University of Nebraska Medical Center in Omaha, Nebraska, at the age of seventy-nine. The family moved to a farm in the Dow City School District where Jeanette received all of her elementary and high school education. Here she developed her love for music, was elected homecoming queen in 1957, and graduated from Dow City-Arion High School in 1958. The following fall she enrolled in Iowa State Teachers College in Cedar Falls, Iowa where she would later receive her bachelor's degree in music in 1962. Soon after, Jeanette began teaching at the Hubbard Community School followed by the Lohrville School District. On July 27, 1963, Jeanette was united in marriage to Rex Kuhlman at the United Church of Christ in Hubbard, Iowa. For the next three years, they lived in the Hubbard area before moving to Bettendorf, Iowa. In 1970, they moved to Dow City to make their home on a farm where they were privileged to celebrate fifty-six years of marriage. Jeanette spent several years substitute teaching at the Dow City school, served as a teacher's aide in the music department, maintained the Dow House, and delighted in her time working with residents of the Dunlap Care Center. In her free time, she gave private piano lessons to dozens of students and aided as the organist within the United Methodist Church in Dow City where she was a lifetime member. Throughout her life, Jeanette gave generously of her time and talent to the church, school, and community. Jeanette was a member of several area organizations including the United Methodist Women, Paradise Township Coffee Club, and the Iowa Music Teachers Association. In her leisure time, she loved gardening, quilting, cross stitching, reading as well as researching family and area history. Fond memories were also made traveling to Hawaii, Canada, Yuma, Arizona and enjoying Panama Canal and Alaskan cruises. Those remaining to cherish her memory include her husband Rex, of Carroll; three daughters, Donna Putnam and her husband Patrick, of Dow City, Kristi Kenkel and her husband Terry, of Carroll, and Kathy Jacobs and her husband Jason, of Sioux Falls, South Dakota; six grandchildren, two brothers, Bill Knierim, of Fort Dodge, and Keith Knierim and his wife Sharon, of Council Bluffs, and many other relatives and friends. Jeanette was preceded in death by her parents and her twin sister, Janet Steindl. Funeral Services were held 10:30 A.M., Wednesday, January 8, 2020, at United Methodist Church in Dow City, Iowa. Rev. Jim Turner and Ace Ettleman officiated the service with interment in the Dow City Cemetery. Organist Martha Sibbel provided accompaniment for congregational hymns "In the Garden" and "Until We Meet Again." Serving as honorary pallbearers were Elizabeth Kenkel, Mackenzie Wynia and Charley Wynia. Serving as pallbearers were Patrick Putnam, Nicholas Putnam, Mitchell Putnam, Terry Kenkel, Benjamin Kenkel and Jason Jacobs. The family invited everyone to the Dow City Community Building for fellowship and lunch provided by the United Methodist Women and catered by Staley's. The Huebner Funeral Home in Denison was in charge of arrangements.

To send flowers to the family of Jeanette Kuhlman, please visit Tribute Store.