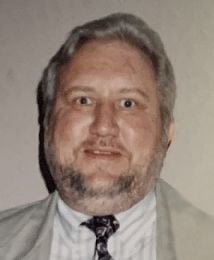 Michael "Mike" Larson July 26, 1949 December 13, 2019 Michael "Mike" Larson was born on July 26, 1949, in Pisgah, Iowa. He was the son of Harvey and Fern (Hall) Larson. When he was in the sixth grade, Mike's family relocated to Ute, Iowa, where he received his education and graduated from Charter Oak-Ute High School with the class of 1967. Mike enlisted into the United States Army and after being honorably discharged returned home and lived in the Ute, Mapleton and the Denison areas. In 1971, he relocated to Colorado for work. Throughout his life Mike worked in tire sales at Sears and then drove truck as a transport hauler. In 1990, Mike was forced into retirement due to a severe accident. Little did Mike know that his fate would change. On a blind date in 1991, Mike met Jackie Boggs and they became companions for the next 28 years. He relocated in 1993 back to Iowa and settled in Charter Oak, Iowa. Mike was a member of the Aaby Post No. 422 of the American Legion of Charter Oak. He was a former mayor of Charter Oak, commercial club member and would volunteer and help out with various functions in town. He enjoyed giving back to his community during Santa's night by donating turkeys over the years. Mike had an outgoing personality and a warm smile. He liked visiting with friends and meeting new people. Survivors left to cherish his memory are his companion Jackie Boggs of Charter Oak, IA; nieces Gwen Larson of Strasburg, CO and Linda (Jeff) Hamann of North Sioux City, SD; nephew Steve (Mary) Lawson of Lawrence, KS; grand & great-grand nieces and nephews; sister-in-law Deanna Lawson of Mapleton, IA; many friends and extended family. Mike was preceded in death by his parents Harvey and Fern Larson; sister Carol Larson; brother Albert Lawson; grandniece Angela Larson; nephew-in-law Al Huggin.

To plant a tree in memory of Michael Larson as a living tribute, please visit Tribute Store.