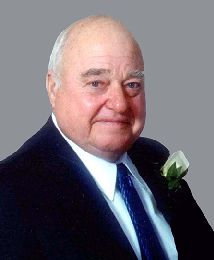 Kenneth William "Kenny" Lueck November 3, 1932 - January 13, 2020 Kenneth William "Kenny" Lueck died peacefully at home on January 13, 2020. Kenny left this world in much the same way he entered it: in the embrace of friends and family, in the heart of the land he loved and with the contentment that a simple, meaningful life both promises and rewards. Kenny was a farmer at heart and in practice. He held a deep reverence for the land which provided sustenance and purpose, choosing to farm with organic methods early in the 1970s, before its rise in popularity. He was raised on his family farm and eventually grew up to take over its operations and management. In the mid-1980s, he retired from day to day farming to work for the USDA as a meat inspector. Born on November 3, 1932, Kenny grew up on the farm and graduated from Denison High School in 1950. After graduation, he worked for his father's seed company, The Denison Seed Company and then for the Iowa Department of Transportation. In 1953, he enlisted in the US Army and served his country in Korea. Upon returning, he met and married his sweetheart, Barbara Duncan, and they have enjoyed 57 years of marriage. Together, they had six boys who were also raised on the Lueck farm. Kenny took pride in the fact that all his sons received a college education, and particular pride in that they all graduated from either Iowa State University, University of Iowa, or both. This accomplishment made him a lifelong Cyclones and Hawkeyes fan. His humor and quick smile belied a competitive streak that would show up in snooker games, league bowling, golf, pinochle or any other card game. In all cases, you wanted to be on Kenny's team. He enjoyed his time with family, hosting barbeques and holiday meals, often to a very full house. Kenny is preceded in death by his mother Elizabeth (Kruthoff) Lueck, father Harry Lueck; sisters Anna Lueck, Donna Knittle, and Betty Caress; and sons Daniel Lueck and Charles Lueck. He leaves behind his wife Barbara, sons Joel (and Selena) Lueck, Bill (and Michele) Lueck, Jay Lueck and Tom (and Angela) Lueck and grandkids Tyler and Morgan, Jack and Ollie and Drew and Colin. He also leaves behind dozens of nieces, nephews and cousins. He will be missed by all. Memorial Services were held 10:30 A.M., Friday, January 24, 2020, at the Huebner Funeral Home in Denison, Iowa. Rev. Joshua Keinath officiated the service with inurnment in the Oakland Cemetery in Denison. Organist Karen Kahl provided accompaniment for congregational hymns "Amazing Grace," "I Know That My Redeemer Lives" and "Abide With Me." Serving as honorary pallbearers were Morgan Lueck, Olivia Lueck, Drew Lueck, Colin Lueck, Tyler Lueck and Jack Lueck. Military Honors were members of the Denison American Legion Post 8. The family invited everyone to join them for fellowship and lunch at the Boulders Conference Center. The Huebner Funeral Home in Denison was in charge of arrangements.

To plant a tree in memory of Kenneth Lueck as a living tribute, please visit Tribute Store.