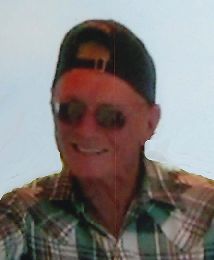 Max Edward Malone July 13, 1934 - April 2, 2020 Max Edward Malone was born July 13, 1934, in Dunlap, Iowa, the son of Thomas and Bertha Frazier Malone. He passed away at his home in Dow City, Iowa Thursday, April 2, 2020, at the age of eighty-five. After receiving his education in the schools near his home, Max began his lifelong career of farming. Max and Clara Mae Bramley were united in marriage September 11, 1954, in Council Bluffs, Iowa. A very giving and caring man, his character and wealth were in his family. His greatest love was his wife and children with his grandchildren bringing him much happiness. Driving his tractors and working on the tractors were Max's favorite things to do, he took much pride in his Ford Jubilee that he restored. He was even known to drive his tractor or lawnmower to pick up great-grandson Dominic from school. He also enjoyed buying new pickups, caring for his cattle, having a social drink and playing cards with family and friends. After retiring from farming, he enjoyed doing word search puzzles, and with Clara Mae by his side driving the county side to watch others' crops grow. Max was preceded in death by his parents; two sons, Kenneth Malone as an infant and Dennis Malone; one granddaughter Cristy Jo Malone; two sisters, Vivian Montagne and Opal Bramley; and seven brothers, Gerald (Jerry), Fred, Sam, Duane, Norman, Benny, and Ivan Malone. Survivors include: his wife, Clara Mae of Dow City; two daughters, Peggy Robidart and husband, Scott of Sioux Falls, South Dakota, and Kathy Christenson and husband, Steve of Dow City; one son, Timothy Malone and wife, Patty of Dow City; six grandchildren, Joel, Ryan and Matthew Robidart, Angie Fouts, Tracie Miller and Melissa Malone; thirteen great-grandchildren; other relatives and friends. Private Memorial Services were held 10:00 A.M., Tuesday, April 7, 2020, at the Huebner Funeral Home in Denison, Iowa. Ace Ettleman officiated the service with inurnment in the Dow City Cemetery in Dow City, Iowa. Music selections included "What a Friend We Have in Jesus," "Got Tell it on the Mountain" and "Amazing Grace." Serving as honorary pallbearers were Matthew Robidart, Joel Robidart and Ryan Robidart. Serving as pallbearers were Michael Christenson, Melissa Malone, Tracie Miller and Angie Fouts. The Huebner Funeral Home in Denison was in charge of arrangements.

To plant a tree in memory of Max Malone as a living tribute, please visit Tribute Store.