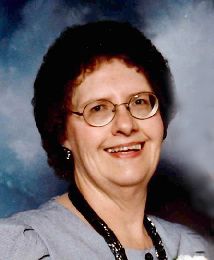 Marilyn K. Means December 13, 1942 - February 29- 2020 Leonard and Hilda Hatterman welcomed their baby girl, Marilyn, on December 13, 1946. She shared a birthday with her oldest brother, Gary, who turned eight that day. Marilyn Kay was baptized into faith at Immanuel Lutheran Church in Tilden. While growing up, Marilyn enjoyed working with her three brothers on her family's homestead farm, just north of Tilden. She met the love of her life, Bob Means, when she was in the 7th grade. They were both confirmed in their Lutheran faith, in the same class, May of 1960. Five years later, they graduated from Tilden High School. On April 16, 1967, they were joined in holy matrimony at the same alter in which they confirmed their faith years prior. Marilyn and Bob made their first home together in Norfolk, NE. Their oldest child, Camron, arrived on August 28, 1968. On December 13, 1970, on her 24th birthday, Marilyn and Camron said goodbye to Bob when he left for Vietnam. Marilyn did an outstanding job raising their son while Bob was serving our country. On December 14, 1974, the day after Marilyn's 28th birthday, Bob and Marilyn were blessed with their daughter, Leshara. In 1989 they moved to Denison, IA and had recently moved to Breda, IA to be closer to her dialysis center in Carroll, IA. Marilyn and Bob worked together, side-by-side, for over 30 years. She did all of his bookkeeping, initially with their construction business and in the later years with their glass service center. Marilyn enjoyed playing the piano and singing, as well as playing board games and dominoes. She was a woman of faith, always following God's word and serving Him through her favorite bible verse 1 Corinthians 16:14, "Let all that you do be done in love." A plaque with these words hung above her kitchen sink as a daily reminder. Marilyn loved her children, and adored her two grandchildren, Brittney and Brandon. She fought a brave and courageous battle with diabetes and was on dialysis for the last seven years. Marilyn is survived by her husband, Bob of Breda, IA; son, Camron of Norfolk, NE; daughter, Leshara Shields of Elkhorn, NE; and grandchildren, Brittney (Jared) Lechner and Brandon Means (Amanda Goeden) all of Norfolk, NE. As well as, brothers, Gary (Jean) Hatterman of Kansas City, MO, Bill (Gloria) Hatterman of Tilden, NE and Richard (Diane) of Spokane, WA. Additionally, she was survived by Bob's brothers and sisters, who were like her own siblings: Shirley Frowick of Norfolk, NE, Sharon Burmester of Norfolk, NE, Carolyn (Mel) Hunke of Lenexa KS, Clyde Means of Norfolk, NE, Bev (Dick) Schmidt of Norfolk, NE, and Roger (Lindy) Means of Lincoln, NE; and many nieces and nephews. She also held a special place in her heart for her friends and medical staff of St. Anthony's Dialysis Center in Carroll, IA. Marilyn was preceded in death by her parents, Leonard and Hilda; her loving daughter-in-law, Lori and numerous St. Anthony's Dialysis patients that were her close friends. We celebrate Marilyn's life at Immanuel Lutheran Church in Tilden, where she was baptized, confirmed and married. Memorial services for Marilyn Means, age 73, of Breda, Iowa will be 10:30 a.m. Wednesday, March 4, 2020, at Immanuel Lutheran Church in Tilden, Nebraska. Reverend Chad Boggs will officiate, with burial at a later date. Visitation will be Tuesday from 4:00 to 7:00 p.m. at Brockhaus-Harlan Funeral Home in Tilden. Marilyn died Saturday, February 29, 2020, at St. Anthony's Hospital in Carroll, Iowa.

To plant a tree in memory of Marilyn Means as a living tribute, please visit Tribute Store.