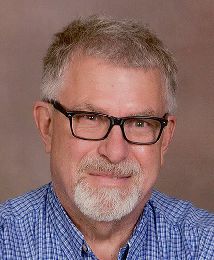 William "Bill" Neumayer February 7, 1956 - August 21, 2019 William "Bill" Neumayer, age 63, of Yankton, South Dakota, died Wednesday, August 21, 2019, at his home in Yankton. A memorial mass will be 10:30 AM on Saturday, August 24, 2019, at Sacred Heart Catholic Church in Yankton. Burial will be in Mt. Carmel Cemetery in Mt. Carmel, Iowa. A gathering of friends and family will be from 12:00 PM to 3:00 PM on Friday, August 23, 2019 at the Wintz & Ray Funeral Home in Yankton with a rosary and vigil service at 2:00 PM. Honorary pallbearers include Bill's friends Dan Walz, Greg Johnson, Mark Smith, Stan Penke, Steve Reyes and Ty Fada, as well as his nieces and nephews, Abigail Liddell, Angela Graeve, Christian Liddell, Jordan Neumayer, Katherine Liddell, Leah Goodrum, Maria Fay, Melissa Witsoe, Nan Koentopp and William Liddell. William "Bill" Neumayer was born February 7, 1956, in Carroll, Iowa to Wilbur and Bernice (Tacke) Neumayer. Bill grew up on a farm near Carroll and graduated from Kuemper Catholic High School in 1974. He then attended Iowa Western Community College where he received his degree in auto mechanics. He married Amy Friedman in 1977 and moved to Denison, Iowa where they started a family. They then moved to Omaha, Nebraska where Bill worked in sales for Packers Engineering. Amy lost her battle with cancer in 1990. Bill raised his two sons, Matt and Brian, until he met and married Carol Liddell, October 2, 1999 in Omaha. They moved to Craig, Nebraska in 2004 and Bill then took a job for Malloy Electric in Sioux City, Iowa, which he continued until his retirement. They moved to Yankton, South Dakota in 2017. Bill was a big-hearted, friendly and helpful man who loved to talk with everyone. He loved helping people including volunteering as a pager officer for the Craig Fire Department. Although Bill suffered from Parkinson's, he was determined to remain active, and became a proud member of Rock Steady Boxing at Peloton Physical Therapy in Yankton. He was always very handy and could fix anything. More than anything, he loved spending time with his family and friends and will be greatly missed. Survivors include his wife, Carol Neumayer of Yankton; son, Brian (Jenna) Neumayer of Yankton; four grandchildren: Madelyn Amy Neumayer Jorgenson; Ryan Matthew Neumayer, Laurel Louise Neumayer, and Ruby Elizabeth Neumayer; two brothers: Charles (Lois) Neumayer of Carroll, Iowa and John (Mary) Neumayer of Madrid, Iowa; sister, Mary (Steve) Reyes of Des Moines, Iowa; father and mother-in-law, Russ and Yvonne Liddell of Omaha, Nebraska; brother-in-law, Robert (Amy) Liddell of Rogers, Arkansas; and nieces and nephews: Christian, Abigail, Katherine, William, Leah, Melissa, Nan, Maria, Angela and Jordan. He was preceded in death by his parents; wife, Amy; son, Matthew and brother-in-law, Jeffrey Liddell. Memorials may be made to the Parkinson's Foundation or to the Helpline Center for suicide prevention. To send an online message to the family, please visit www.wintzrayfuneralhome.com

To plant a tree in memory of William Neumayer as a living tribute, please visit Tribute Store.