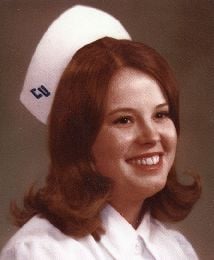 Patricia Ann (Topf) Reed June 3, 1951 - January 13, 2020 Patricia Ann (Topf) Reed of Des Moines, Iowa, formerly Charter Oak, Iowa, passed away on January 13th at the VA hospital in Des Moines, Iowa at age sixty eight. Patricia blessed this earth and was born on June 3rd, 1951, to Clarence and Theresa Topf. Patricia was the oldest of four children: Dennis, and twins Karen and Sharon. Patricia graduated from Charter Oak-Ute High School in 1969 and was valedictorian of her class. Patricia continued her education in nursing at Creighton University. After receiving her Bachelor of Science in Nursing, Patricia served as a Captain in The United States Army from 1973 to 1976. During her service Patricia was stationed at Tripler Army Medical Center in Hawaii, where she met the father of her children, Freeman Reed. Patricia loved the time she spent in the service and especially being in Hawaii. Patricia spent many years working as a nurse at Methodist Hospital and as the Clinical Coordinator for Gentiva Health Services in Des Moines. Patricia was blessed with the birth of two children: Amanda and Zachary. Patricia enjoyed "tootling" around to shop, attending church at Christ the King and spending time with friends and family. Patricia was spunky and had a sharp wittiness about her that never failed to lighten the room. Known by many as Mom, Momma Pat, Grandma Pat, Pattie Cakes, Patsy, or just simply Patricia; touched many lives with her kindness, compassion and optimistic view on life. Patricia is survived by her children, Amanda Clausi (Mike) of Des Moines, Zachary Reed of Des Moines; grandchildren: Theodosia Reed (Freddie), Bobby Palmer III, Brady Clausi Jr., Dominick Clausi, Peyton Clausi; great grandchildren: Kodi, Layla, Orion, Krew; brother, Dennis Topf (Lori), sister, Karen Palmersheim, sister, Sharon Thill (Randy). She is preceded in death by grandparents: Jack and Leona Topf, Cornelious and Elizabeth McHugh; her father, Clarence Topf, mother, Theresa Topf; and brother in-law, Randy Palmersheim. The funeral service will be held on Tuesday, January 21, 2020, at 2:00 p.m. at Hamilton's Southtown Funeral Home, 5400 SW 9th Street. The family will greet friends one hour prior to the service at the funeral home. We encourage family and friends to wear purple as it was Patricia's favorite color.

To plant a tree in memory of Patricia Reed as a living tribute, please visit Tribute Store.