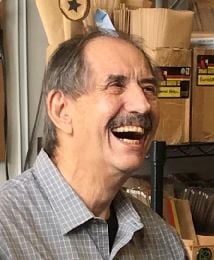 William (Bill) Remmes July 31, 1945 - March 9, 2020 William (Bill) Remmes was born on July 31, 1945 in Denison, Iowa, the third child of Hank Remmes and Emma Laubscher Remmes. He died Monday, March 9, 2020 at Prisma Health Tuomey Hospital in Sumter, SC. A country boy at heart who longed for a John Deere tractor, he crisscrossed the world from Africa with the Peace Corps to Central America with a non-profit organization that focused on small business developmentneither of which provided him with his tractor. In 1978, with a towel wrapped around him, he climbed out of the shower and at the bequest of his wife, accepted a call from the Robert Woods Johnson Foundation Rural Practice Project. Making good on his promise to move his young family back to her home in the South, Bill became the Administrator of the Roanoke-Amaranth Rural Health Group under the leadership of Dr. Joseph Berry and later Dr. Jane McCaleb in Jackson, North Carolina. Their joint leadership and the assistance of several dynamic boards grew the practice from one doctor and one office to six medical offices, eleven physicians, six physician and nurse practitioners and a total staff of two-hundred- fifty. In addition, a nursing home, senior center, and senior apartments were built with the help of the Office of Rural Health and Ken Reeb, a young and dynamic nursing home director. In total Bill was instrumental in securing grants for twenty-three million dollars in Northampton and Halifax County and the practice became the second largest employer in the county during his twenty years of service. During that time Bill also served on the Woodland Town Board and worked with the other members to find funding for the Woodland-Olney Retirement and Recreational Facilities which converted the closed school building into an active part of the community. In 1985, Bill received the National Shriver Award presented by the Council of Return Peace Corps Volunteers for bringing their service back home and contributing to local communities in the spirit of Peace Corps. In 1999, Bill accepted a position as administrator of Carolina Medical Practice in Florence, South Carolina and worked with twenty-two specialists and a total staff of one-hundred and twenty. In 2019 he was honored with a Lifetime Achievement Award from the Association of South Carolina Oncology Managers. During this time he also served as clerk for the South Eastern Region of the American Friends Service Committee and the National Board of American Friends Service Committee. To his sheer delight, he finally got his tractor! Although he never planted a crop, he mowed a good deal of grass and hauled lots of downed trees out of the driveway. A week before his death he left a whooping bill for the repair of his tractor. He obviously planned to ride again. Bill is survived by his wife, Brenda, a writer and thus guilty for this absurdly long obituary: (this is the short version), as well as two sons and five grandchildren: Nicholas Remmes of Rochester, Minnesota and his wife, Katy and their two children, Genevieve and Duncan and second son, Evan Remmes of Asheville and his wife, Lexa and their three children, Mack, Cy, and Elsa. Surely no Grandpa has bragged more about his children and grandchildren than Bill. Their weekly phone calls were the highlight of his life and teaching his grandchildren to play and beat him in Pinochle brought him immense joy. He will be bitterly missed by his mother-in-law, Louise Dabbs Bevan of Mayesville, his sister, Elizabeth Remmes of Phoenix and his brother and sister-in-law, John and Maureen Remmes of Ft. Worth, Texas, his brothers-in-law and sisters-in-law Dan Clodfelter and Elizabeth Bevan of Charlotte, and John and Kathryn Bevan of Sumter. In addition, his endless affection for eight nieces and nephews and multiple cousins on both sides of the family will create a void. Bill had an exceptional capacity to love and embrace everyone he met. He never forgot a name, never lost his temper or failed to recognize the support and hard work of the numerous boards he served on. He firmly believed that goals could never be accomplished without the commitment of dozens of helping hands and others deserved the bulk of the credit. He was especially proud of his recent work with Goodwill Cultural Center east of Mayesville and the restoration of the old Goodwill School. He had only one great flaw. He was incapable of throwing away any piece of paper that had a spread sheet, financial report or bank statement on it, thus leaving his wife with countless drawers and boxes to occupy her over the coming months. The Remmes Family remains members of the Rich Square Monthly Meeting (Quakers) in Woodland, North Carolina. The silent service will be held in the manner of Friends at Salem Black River Presbyterian Church, located on Highway 527, Saturday, March 21st at 11 a.m. Due to the special circumstances surrounding the spread of the Covid19 virus, the family asks that people follow best practices in their decision to attend. We recognize hardships and risks that travel may put on some, particularly those coming from a distance. We encourage everyone to consider the option of written condolences or to attend a second service that will be held in Woodland, N.C. later this year. Memorial contributions may be made to Salem Black River Presbyterian Church Cemetery Fund, 228 Haynsworth St, Sumter, SC 21950, or Goodwill Cultural Center, 975 One Mile Road, Gable, SC 29051, or Rich Square Monthly Meeting, PO Box 489, Woodland, NC 27897 Online condolences may be sent to www.sumterfunerals.com Elmore Hill McCreight Funeral Home & Crematory, 221 Broad Street, Sumter, is in charge of the arrangements (803) 775-9386.

To plant a tree in memory of William Remmes as a living tribute, please visit Tribute Store.