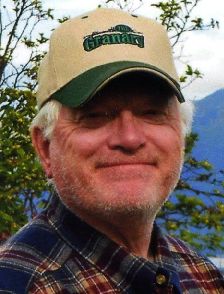 Alan Paul Schillerberg January 30, 1948 - January 16, 2020 Alan Paul Schillerberg, of Alden, MN, formerly of Grantsburg, WI, died after a long battle with cancer on Thursday, January 16, 2020 at his home in Alden, MN. He was born on January 30, 1948, in Denison, Iowa the son of Clarence and Elizabeth (Berens) Schillerberg. He graduated from Denison High School and began his 8 years of service in the National Guard. On November 25, 1967, Alan married his high school sweetheart, Cheryl Dahleen in Denison, Iowa. They enjoyed many travels and adventures together throughout their 52 years of marriage. They lived throughout the MIdwest, including Denison, IA, Blue Earth, MN, Spencer, Iowa and Bloomington, Minnesota. They eventually decided to build their dream home in the woods near Grantsburg, WI. Alan and Cheryl owned and operated "The Granary" a hardware store in Webster, WI, until they sold due to Alan's failing health. Alan was an extremely social individual with a great sense of humor that enjoyed visiting with all types of people, loved being in nature and was heavily involved as a Boy Scout Leader. He also loved to do woodworking, wood carving, antiquing and going to auctions. Alan was greatly loved and will be missed by his family, wife Cheryl, son Paul Schillerberg and his wife ElseMarie and their children Cassandra and Ariel of Coon Rapids, MN; son Matthew Schillerberg and his wife Claire Dolan of Minneapolis, MN, and many relatives and friends. Alan was preceded in death by his parents and sister, Diane Amaral. Memorial Services will be held at 1:00 P.M. on Saturday, February 1, at Faith Lutheran Church in Grantsburg, WI. Condolences for the family may be sent to Bonnerup Funeral Service, 2210 East Main Street, Albert Lea, Minnesota.

To plant a tree in memory of Alan Schillerberg as a living tribute, please visit Tribute Store.