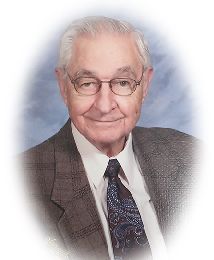 Melvin E. Schneider August 21, 1928 - February 1, 2020 Melvin E. Schneider, age 91, of Fremont. Died Saturday, February 1, 2020 at home. In 1950 Mel began a long career with Hormel Foods, starting in Austin, Minnesota as a Livestock Buyer. In 1951 he was drafted into the Army and served in Korea. After his service he returned to working for Hormel. In 1954 he opened Hormel's Hog Buying station at Humphrey and in August of 1957 he transferred to Denison, Iowa and managed their buying station for 13 years. He returned to Fremont in 1970 as a territory buyer until he retired in December of 1988. Survivors: Children Melanie (Michael Martin) Peppmuller of Fremont, Jeri (Jim) Kallio of Fremont, Stevan (Lori Moseman) Schneider of Fremont/Peru, Craig Schneider of Fremont. 8 grandchildren, 4 great grandchildren. Brother-in-law Jim Phillips of Austin, MN. Mel was preceded in death by his parents, wife Jo Ann in June of 2009, son James in October of 2017, 3 sisters Agnes, Mary and Freida, and 4 brothers David, Carl, Alex and Wilbur. The funeral will be 10:30am, Monday, February 10, 2020 at First Lutheran Church in Fremont. Burial with Military Honors will be in Memorial Cemetery. Memorials are suggested to the Methodist Fremont Health Hospice and First Lutheran Church. Visitation will be Sunday, from 2pm to 6pm with the family present from 4pm to 6pm at the Ludvigsen Mortuary Chapel in Fremont. Online guestbook at www.Ludvigsenmortuary.com

To plant a tree in memory of Melvin Schneider as a living tribute, please visit Tribute Store.