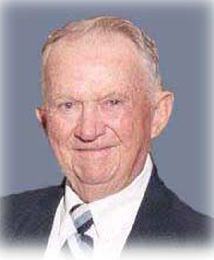 Harold Carl Segebart August 16, 1927 - April 17, 2020 Harold Carl Segebart was born August 16, 1927, on a farm near Denison, Iowa, the son of Louis and Ida Hoffmeier Segebart. He passed away Friday, April 17, 2020, at the home of his son, Kevin Segebart, in rural Bennington, Nebraska, at the age of ninety-two. Harold was baptized into Christ October 22, 1927, and confirmed his faith March 29, 1942, both at Zion Lutheran Church in Denison. He received his education in the rural school near his home and graduated from the 8th grade in 1942. October 1, 1945, Harold enlisted in the United States Army Air Force at Boco Air Force Base in Florida, and served his country as a radar technician. Then he advanced to ground control aircraft approach where he read scope screens and instruments and issued instructions to pilots for the holding, stacking and spacing of aircraft to prevent collision and to effect an orderly flow of traffic to a prescribed position and altitude for final approach. He also monitored air-ground radio-telephone channels for landing under conditions of minimum ceiling and visibility. He was honorably discharged as a Sergeant October 2, 1948. He was a member of the Schleswig American Legion Post 645. Harold was united in marriage with Bonnie Hoemann July 15, 1953, in Omaha, Nebraska, and they farmed in Crawford, Ida, and Sac Counties. Along with farming his own ground, Harold did custom hay baling for area farmers from the mid 1960's until 1989. He was also known for his pecans, which he coated, roasted and then sold. After retiring, Harold and Bonnie moved to Denison. Fishing, playing cards, especially Pinochle and Solitaire, reading farm magazines and attending dog and horse races were his favorite pastimes. In his younger days, dancing was an activity he enjoyed. Harold was privileged to travel to every state except Alaska and he and Bonnie enjoyed wintering in Arizona. Always making time for his family, Harold found the most pleasure in family gatherings where he made biscuits and gravy, Christmas fudge and carved the turkey. Harold was preceded in death by his parents; his wife, Bonnie in 2019; two sons, Ronald and Harold Jr.; and five brothers, Vernon (in infancy), Walter, Raymond, Alfred and Donald Segebart. Survivors include: three sons, Steven Segebart and his wife, Joyce of Sioux City, Iowa, Randy Segebart and his wife, Lori of Schleswig, Iowa and Kevin Segebart of Bennington, Nebraska; one daughter, Marilyn Bagley and her husband, David of Grimes, Iowa; fifteen grandchildren; ten great-grandchildren; two sisters, Arlene Spahn of Kansas City and Mary Ann Segebart of Denver, Colorado; other relatives and friends.The Huebner Funeral Home in Denison was in charge of arrangements.

To plant a tree in memory of Harold Segebart as a living tribute, please visit Tribute Store.