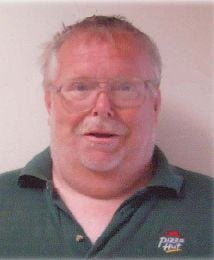 William (Billy) South September 4th, 1953 - April 6th, 2020 William (Billy) Raymond South, age 66, passed away on April 6th, 2020, in Denison, Iowa. He was born in Iowa City, Iowa, on September 4th, 1953, and raised in Atlantic and Glenwood, Iowa, before moving to Denison in 1977. Billy was an associate of Wesco Industries for 43 years and an employee of Pizza Hut for 24 years. Billy was loved by his family, his friends and his community. He was not a stranger to anyone and never met someone he didn't call a friend. Billy was well known in Denison by his bicycle travels, his positive and cheerful attitude, and his love for his work and the people of his hometown of Denison. Billy was one-of-a-kind and his memory will forever be cherished. Billy is surpassed in death by his parents; his Uncle Don and Aunt Elsie South; his brother Larry South; and cousins Kevin and Debbie Namanny. He is survived by his brother, Michael South and family; brother, Kenneth Lemon and family; sister, Linda Kern and family; half brothers, John and Paul St. Clair. A Private Memorial Service was held 11 A.M., Saturday, April 18, 2020 at Huebner Funeral Home in Denison, Iowa with Dennis Huebner officiating. Recorded music selections included "How Great Thou Art" by Carrie Underwood and "On Eagles' Wings" by Josh Groban. A public Celebration of Life is pending at the Huebner Funeral Home in Denison on Saturday, September 12, 2020, at 2 p.m. The Huebner Funeral Home in Denison is in charge of arrangements.

To plant a tree in memory of William South as a living tribute, please visit Tribute Store.