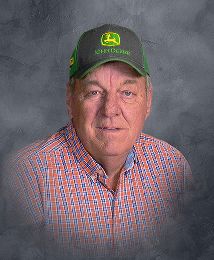 Victor Thomsen January 24, 1951 - April 22, 2020 Victor Lynn Thomsen, 69, died on Wednesday, April 22, 2020, at his home near Dow City, Iowa. He was born on January 24, 1951, in Denison, Iowa, to parents Paul and Arlene (Keiner) Thomsen. Vic graduated from Dow City-Arion High School in 1969. He then attended Western Iowa Tec. Vic served in the US Army during Vietnam. Vic married Linda Garrett and to this union three children were born, Chad, Gregory and Mandi. Vic later married Tina Steinkuehler. Vic farmed and did custom baling, plowing and drilling in the Dow City area. He was awarded the King of Plowing Award. He also drove dead stock truck for Boyer Valley Rendering, and worked a short time at the Dubuque Packing Plant in Denison. Vic was a member of the Bethlehem Lutheran Church in Dow City, where he had served as a trustee. He was very active with the Dow City Cemetery and served as a trustee on the cemetery board for many years. He was a member of the Dow City Jaycees and a member of the Dow City American Legion Post # 444. Vic loved coyote hunting, deer hunting, gambling, traveling, telling stories or BS'ing and loved his grandkids. He loved tractor pulling and would cheat just enough to win. Vic was preceded in death by his parents, son, Chad Alan Thomsen; daughter, Mandi Arlene Thomsen; siblings, Pauline Martinson, John 'Jack" Thomsen, Laverne Thomsen, Carol Thomsen, Mary Ann Thomsen, and Paul Thomsen Jr. Vic is survived by his sons, Greg Thomsen and his wife Lori of Dunlap, Iowa, Corey "Red" Malone and his wife Alison and Richie Malone and his wife Amy all of Dow City, Iowa; eight grandchildren, Jackson, Mandi and Logan Thomsen, BreAnne Meyers, Lexie Beam, Jadon "Zipper" Malone, Morgan and Emma Malone; twin brother, Charles "Chuck" Thomsen of Dow City; sister, Diane and her husband Pat McCaffery of Denison, Iowa, and many other relatives and friends. A graveside service was held at 11:00 a.m. on Saturday, April 25, 2020, at the Dow City Cemetery. The clergy was Rev. Chad Trunkhill. The musical selections were recorded by Mandy Sandvold: "On Eagle's Wings", "Grandpa", and "Amazing Grace". The honorary pallbearers were the deer and coyote hunters. The pallbearers were Don DeMey, Dan McCaffery, Steve Thomsen, Ken Thomsen, Rich Thomsen, Josh Thomsen, and Dean Thomsen. The military graveside rites were by the Dow City American Legion Post #144. Fouts Funeral Home in Dunlap was in charge of arrangements.

To plant a tree in memory of Victor Thomsen as a living tribute, please visit Tribute Store.